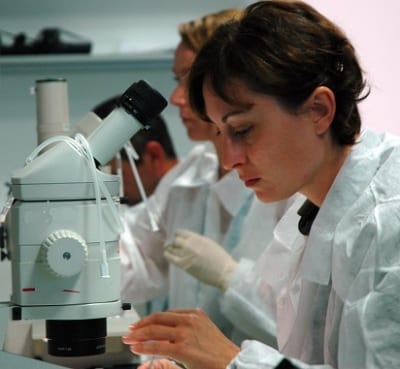 A team of researchers from the Argonne National Laboratory have discovered a new way to produce hydrogen gas from water. The team suggests that this new hydrogen production method may be much less expensive than more conventional production methods. Reducing the cost of hydrogen fuel production has become a major priority for those interested in renewable energy. Current production methods are somewhat expensive and notoriously inefficient, making fuel cells quite unpopular in a wide range of industries.

Cobalt may be an appropriate alternative to platinum

The research team has successfully developed a new fuel cell catalyst comprised of cobalt rather than platinum. Part of the high costs associated with fuel cells have to do with their use of platinum and reducing the need for this expensive material could help significantly lower the cost of fuel cell energy systems. The problem, however, is that platinum has a great deal of electrochemical potential and is resilient to the corrosive environments that can be found within fuel cell systems. It has been difficult to find a replacement for platinum, but the research team believes that cobalt may be the answer.

Fuel cells have become popular in the world of transportation, but the high cost of platinum is making these energy systems less attractive when it comes to the development of new vehicles. While most automakers have plans to release fuel cell vehicles in the future, the cost of fuel cells is expected to increase the market price of these vehicles significantly.