Researchers from Cornell University have developed a thin-film catalyst that can be used in fuel cells. The team has reported that this is the first epitaxial thin-film growth of Bi2Pt2O7 pyrochlore, which means that the catalyst will act as a more effective cathode than more conventional catalysts. Researchers believe that the new catalyst could improve the performance of fuel cells, allowing them top produce more electrical power in an efficient manner.

Efforts to develop new catalysts have begun to expand

According to Araceli Gutierrez-Llonrente, leader researchers for the team at Cornell University, much of the research that goes into designing thin-film catalysts is focused on the use of perovskite oxides and derivative materials. Cubic pyrochlore structure receive relatively little attention by comparison, but these structures show promise for improving the capabilities of fuel cells. Such materials could also reduce the cost of fuel cells by a significant margin, as they are not expensive and can be produced with relative ease. 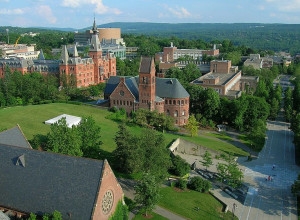 Developing new catalysts for fuel cells has become a major priority for some research organizations. Conventional fuel cells use platinum catalysts, which make these energy systems significantly expensive. Platinum is used because of its conductive properties and because it is quite resistant to the corrosive environments that can be found within fuel cells. Because these energy systems are becoming more popular, efforts to reduce their cost and make them more attractive for commercialization have begun to pick up momentum.

The research team notes that it is the first to have developed a thin-film catalyst of this kind. Researchers suggest that their new catalyst boasts of impressive properties that cannot be found in more conventional catalysts. This could be good news for the fuel cell industry, as many companies have been working on ways to improve fuel cells of all kinds. More experimentation must be done on the new catalyst before it can hope to attain commercialization in the future.