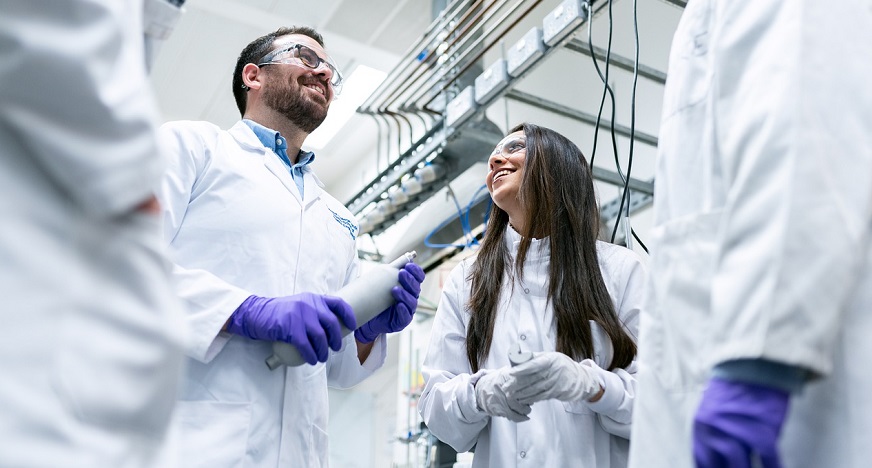 The breakthrough discovery by the Texan institution could change the current direction of H2.

As was recently reported on Hydrogen Fuel News, this tech generates H2 using water and sunlight.

Traditional hydrogen fuel cells use pressurized H2 in tanks that interact with oxygen in the air to generate electricity by way of a chemical reaction. They are more efficient and cleaner than internal combustion engines (ICEs) with by products consisting of clean water. However, one of the main challenges to its label as a green energy source has to do with the way the hydrogen is obtained.

The artificial leaf technology could potentially be used as an alternative to the current common methods for obtaining hydrogen. H2 is widely obtained by way of fossil fuel powered processes such as steam reforming of natural gas as well as coal gasification. It is possible to obtain hydrogen without a carbon emission footprint through the use of biofuels and green water electrolysis. In that method, green-generated electricity is used for splitting the hydrogen and oxygen in water molecules.

The artificial leaf could make green production of hydrogen fuel an affordable possibility.

If this technology proves to have as much potential as it appears, then hydrogen fuel cell technology could quickly become substantially more affordable.

Researchers have been pursuing a number of different types of solar models for H2 production. However, until now, the results have involved a hydrogen generation capacity that was too low to make device components and powering worthwhile. This new design from the team at Rice University provides a considerably cheaper alternative with a reasonable generation capacity. These solar panels do not require precious metals such as platinum. Instead, they use much more abundant and affordable carbon materials.

The new artificial leaf technology could be used virtually anywhere that enough water and sunlight are available. As a result, this could one day help to propel H2 forward by overcoming some of the largest barriers that have been standing in its way. That said, the

tech is still considered to be in an experimental phase, so there will be a few years before it can be brought to scale, particularly one of commercial viability.