Green Energy Markets has released a report showing that small-scale solar energy capacity reached 800 megawatts of capacity in Australia last year. The country had been a strong supporter of solar power in the past, but recent changes in government policy have reduced this support by a considerable margin. The Australian government sees solar power as a risky investment, which may not be able to accommodate the country’s energy needs in an efficient manner.

Government support for solar power is beginning to wear thin

While the government may not be showing strong support for solar power, public support for this form of renewable energy continues to grow. Homeowners, in particular, are demanding new solar installations, hoping to cut down on their reliance on the country’s utilities. Home-based solar power systems have become very attractive to homeowners, especially as the companies responsible for these systems offer affordable services. A growing number of businesses are also showing support for solar energy, citing this form of power as an economic alternative to conventional energy solutions. 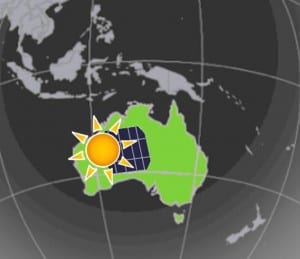 Large-scale projects represent a major financial investment, which the Australian government had once been willing to handle. Now, however, the government is more interested in conventional forms of energy. Wind power did see some support from the government in recent years, but mostly in regards to offshore projects. These projects are still under various stages of development, with most not ready to generate electrical power.