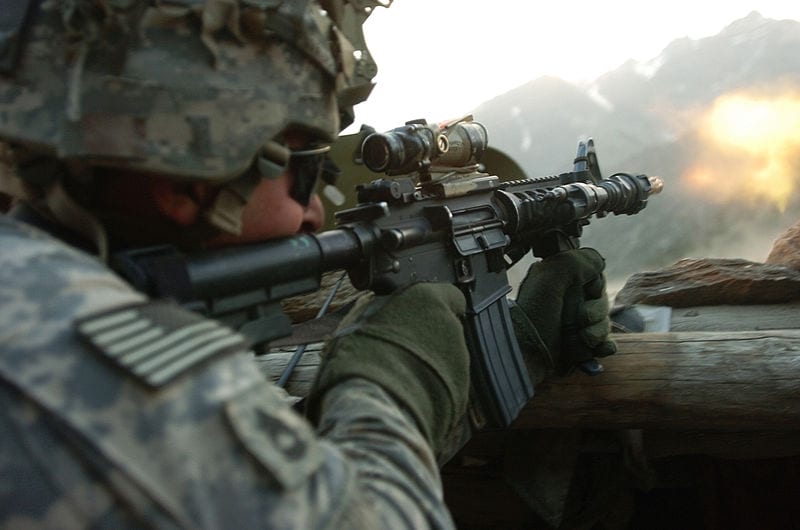 By now, it is a well known fact that the U.S. military has become one of the strongest supporters of renewable energy in the world. Each branch has a particular focus, as directed by the Department of Defense. The Navy, for instance, has a strong focus on biofuels and, to some extent, hydrogen fuel cells, and the Army has been working with solar energy aggressively for some time. These renewable energy initiatives typically blend the lines that have traditionally separated each of the military’s branches, thus spreading the support for renewable energy across the whole of the military. Solar energy, in particular, has managed to make significant progress with the backing of the military.

The Army, Navy, and Air Force are currently using more than 130 megawatts of solar energy for a variety of purposes. The focus that these branches have put on solar energy is part of an overarching plan from the Department of Defense, which aims to see solar energy, as well as other forms of clean power, become a staple throughout the U.S. The Department of Defense has considered energy a matter of national security for some time, but the agency recently declared that climate change also poses a very serious threat to the whole of the country. In order to mitigate the impact that this phenomenon may have, the agency has been pushing for the adoption of renewable energy.

The military has plans to reach 3 gigawatts of solar energy capacity by 2025. This will be enough to power the majority of field operations, but most of this energy is expected to be used at military bases, both foreign and domestic. The focus on solar energy comes from the military’s involvement in the Middle East, where sunshine is available in abundance. Currently, the Army’s use of solar energy systems in this region of the world has reduced its consumption of electrical power, thereby reducing the costs associated with this consumption significantly.

Solar energy gains more popularity throughout the US

Solar energy is one of the most popular forms of renewable energy in the U.S. Several states have begun making use of the energy for the sake of economic benefit, while others are doing so for the sake of the environment. The backing of the military has allowed solar energy systems to become more advanced and less expensive, making this form of energy more accessible to the private sector.