Solar energy may be the world’s primary source of electrical power by 2050, according to the International Energy Agency. The organization has released a report that highlights the advance of photovoltaic technology and the growing prominence of concentrated solar power systems, suggesting that solar power will make significant strides in the coming years. Solar power is already receiving a great deal of support throughout the world, and as photovoltaic technology becomes more advances, a growing number of countries will likely embrace this form of energy more aggressively.

The organization has recently changed its outlook on solar power. In the past, the International Energy Agency suggested that solar power would only play a modest role in the world’s overall energy make up. Given the recent advances that have been made in the clean technology field, however, this may no longer be the case. While technology is becoming more advanced, the costs associated with solar power are falling, making it a more financially viable alternative to more conventional forms of energy. 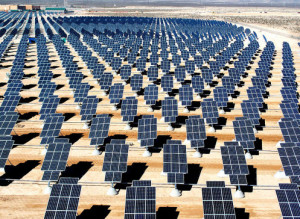 The report notes that technology is advancing at a rapid pace. Large companies that specialize in the manufacture of photovoltaic products have increased their production in recent years. Production has increased in order to accommodate the growing demand for solar energy around the world. As photovoltaic products become more abundant, energy developers are spending less money on solar panels, allowing them to spend more on actually moving their projects from the concept stage into reality.

Countries are beginning to invest more heavily in solar power

Moreover, many large countries are beginning to invest more heavily in solar power. China, for instance, is considered the world’s leading solar market, accounting for 37% of the world’s currently installed solar energy capacity. This is because the country has been pouring funds into the solar field, offering financial aid to energy developers that specialize in solar power.