Solar energy sees strong growth in the US during 2013 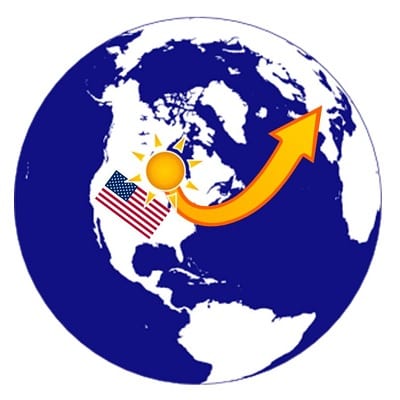 The U.S. Energy Information Administration has released a new report that shows growth in the country’s energy production. The report highlights several areas in which new energy capacity has been added throughout 2013. Notably, natural gas accounted for the majority of new capacity brought online in the U.S. through the whole of last year, but solar energy came in second, with coal falling considerably behind. Wind and hydroelectric power also accounted for new energy capacity throughout the country last year.

According to the Energy Information Administration, solar energy provided approximately 22% of new generating capacity in 2013. The majority of this capacity came from commercial-scale solar projects that came online in late 2013 after several years of development. The growth in capacity also highlights the fact that solar power is becoming extremely popular throughout the U.S., but some states are excelling in their adoption of solar power than others.

The report shows that California is the clear winner when it comes to solar capacity. The state has long been quite friendly to renewable energy in general and is often considered one of the most progressive states when it comes to environmentalism. California is also home to policies that support the adoption of clean power. The state has plans to receive no less than 33% of its energy from renewable sources by 2020 and solar power will play a large role in achieving this goal.

Natural gas continues to receive strong attention from the US

Arizona, North Carolina, Texas, and Indiana have also seen significant growth in solar capacity over the past year. Natural gas, however, remains one of the fastest growing forms of alternative power, largely due to its inexpensive nature. The federal government has taken a strong interest in natural gas and has been working on increasing the production of this fuel for the past two years. Natural gas is often considered a bridge between fossil-fuels and cleaner forms of energy.