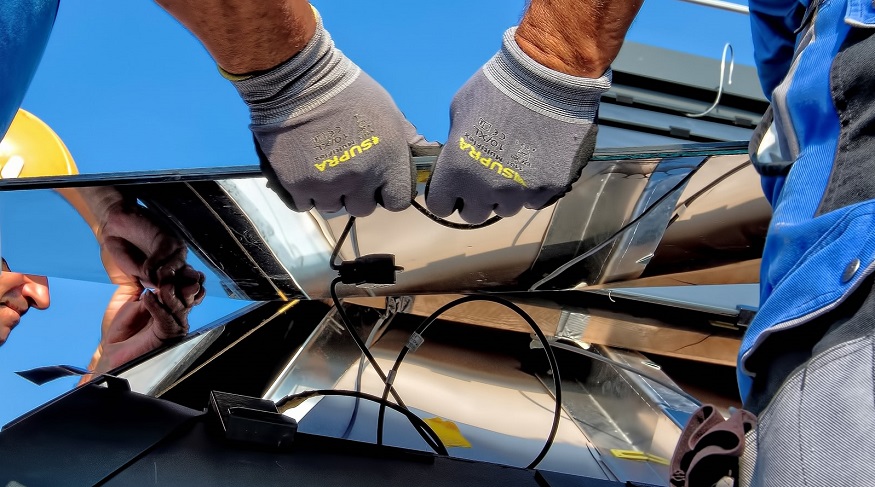 Without a recycling plan in place, the continent could face a massive solar panel waste crisis by 2030. Solar energy panels have a shelf life of about 20 to 30 years. Asia is the fastest growing solar market in the world and many of its panels are twenty years or more old and are set to be decommissioned by the end of the decade.

Solar energy is expanding faster in Asia than in anywhere else in the world.

While solar energy is an excellent source of renewable, clean power, current photovoltaic (PV) panels that are used to capture the sun’s heat and convert it into energy, cannot be recycled. This means that when the panels can not longer be used, much like today’s wind turbine structures, they end up in a landfill.

Presently, no country in Asia has adequate solar panel recycling laws, according to a new study from researchers from Malaysia, Thailand and Bangladesh. Not only does this mean that the panels will contribute to landfill waste and greenhouse gas emissions, but it also puts Asia’s environment and population at risk of exposure to hazardous substances, such as lithium, cobalt, zinc, copper and nickel. Additionally, the researchers say that the impending rise in solar panel waste will delay the development of infrastructure that is vital to meet this influx of waste.

One of the biggest challenges of solar PV recycling, according to Dr. Jai Prakash Singh, who was not involved in the study, but who is a senior research fellow at Solar Energy Research Institute of Singapore (SERIS), National University of Singapore (NUS), is that it recycling is not yet economical.

Currently, it is more cost-effective to dispose of silicone crystalline solar panels (the panels that account for about 80% of the global solar energy market) into landfills than to recycle them. The reason is that recovered materials are often more expensive than virgin ones. Therefore, a circular business model for solar isn’t economically sensible.

Moreover, another major recycling obstacle is logistics. One of the benefits of solar power is that it can operate in smaller and remote areas. However, recycling facilities are typically located in developed areas, which would require companies to transport bulk panels across long distances, which is also not economically practical.

It’s not only Asia that lacks recycling systems for the panels. Europe and North America also don’t have any major programs in place to deal with decommissioned panels. According to a 2016 report