Swiss scientists have announced that they have made a clean energy breakthrough with solar technology, involving traditional solar panels that can be utilized to produce an electrical current that splits water molecules into hydrogen and oxygen, which, in short, means that these scientists have developed a simple and non-traditional method to create cheap clean-burning hydrogen fuel from solar panels.

By splitting water molecules to create hydrogen, this enables the energy from the sun to be stored with greater ease to produce electricity or power green cars. Such a discovery has the potential to decrease fossil fuel dependence, which could be very helpful in combating climate change.

Although solar hydrogen technologies is nothing new, what makes this particular solar technology impressive, compared to other technologies that were too expensive to commercialize, is that it is cheaper. 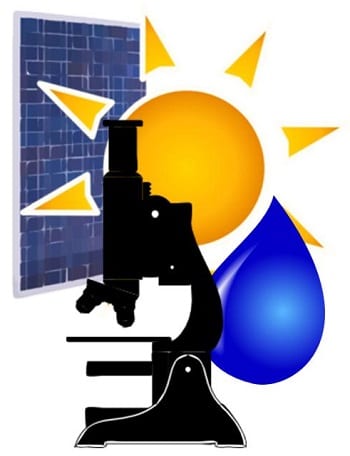 According to one of the author’s of the report (which appeared in the journal “Nature Communications”), Kevin Sivula, “We want to convert solar energy into hydrogen in an economically competitive way.” Sivula told the Thomson Reuters Foundation that the technology is “a huge increase (in efficiency) on what’s been done before…and it opens new pathways for solar development.”

The scientists believe it is only a matter of time before the efficiency of their solar technology is improved.

The solar panel used to generate clean fuel looks much like the traditional types that are mounted on rooftops. However, what makes it different is that light from the sun first passes though a thin layer of water that is inside the panel.

A non-toxic chemical, known as Tungsten diselenide, serves as the photocatalst and is vital for utilizing the sun’s energy to split water into hydrogen and oxygen. Presently, nearly 1% of the energy from the sun’s light that passes through a panel can be transformed into hydrogen energy.

To put this into greater perspective, in order for the technology to be commercially viable, Sivula says that its efficiency must increase to approximately 10%. Additionally, Sivula stated that their “cheap device production method would reasonably lead to a price for hydrogen that is five-to-10-times less expensive.”

The team of scientists believes that the efficiency of their solar technology will be improved with time and research. However, the scientists noted that a simple version of the technology will likely not be available to the general public for at least a decade.