The National Cheng Kung University (NCKU) has unveiled the Taiwan’s first domestically developed fuel cell vehicle. The vehicle was crafter by NCKU researchers that have been experimenting with fuel cells and clean transportation. The new vehicle is equipped with a combination of hydrogen fuel cells and lithium-ion batteries. The batteries serve as energy storage solutions, which the fuel cells producing the electricity that the vehicle needs to operate effectively.

Clean transportation has been evolving quickly over the past few years. While electric vehicles have existed for some time, these vehicles had primarily made use of batteries. Fuel cell technology has become more prominent in the transportation space, showing that they have the ability to produce large quantities of electricity in a relatively efficient manner. Fuel cell vehicles can travel further than battery electrics and they do not take as much time to charge fully. 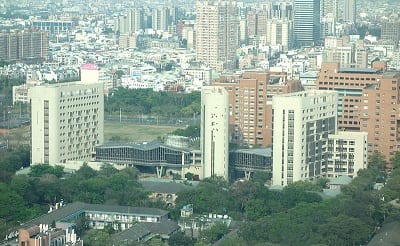 NCKU has applied for a patent to protect the technology that it has used to develop the new vehicle. The research team notes that the vehicle can travel nearly 100 miles before needing to refuel. The batteries that the vehicle is equipped with are being used to meet the majority of the vehicle’s energy demand. The hydrogen fuel cells are used to supplement these battery systems. The vehicle does not produce any harmful emissions as it operates.

Fuel cell vehicles are still quite rare throughout most of the world. While the auto industry has been developing these vehicles more aggressively, none of them have yet found commercial success. Only a handful of automakers have even introduced fuel cell vehicles in prominent markets, such as the United States and Japan. These vehicles have struggled to find traction with consumers because of their high cost and the lack of a comprehensive hydrogen fuel infrastructure.