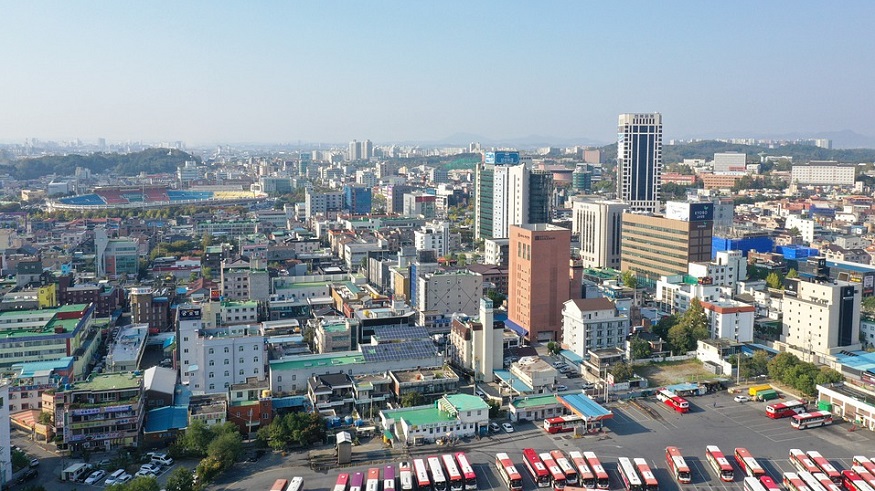 The East Asian nation has big plans to build three hydrogen cities by 2022. South Korea is working hard to be seen as a world leader in green technology and is serious about creating a hydrogen-powered society.

The locations of the three cities have not yet been identified.

The hydrogen (H2) pilot city promotion strategy was announced by the South Korean Ministry of Land, Infrastructure, Transport and Tourism at the National Inspection and Adjustment Conference back in October.

At that time, the Ministry stated that it would choose a city for a pilot hydrogen project. This city would test hydrogen-related technologies in transportation and residential sectors. In total, there will be three test areas. These technologies will be up to 10 square kilometers inside a city.

So far, a month after the announcement, there has been no word yet on where the three hydrogen cities will be located. However, the test areas will reportedly be selected in December after “fair review based on project proposals from local governments,” according to the Ministry.

A number of factors will be considered when determining location. Some of those factors include project feasibility, validity and a willingness to encourage hydrogen-related policies down the road.

The hydrogen cities will use H2 as an energy source for various purposes.

The three test cities will have both joint residential complexes as well as individual buildings. The cities will use hydrogen as a power source for heating, cooling and electricity. What’s more, hydrogen will be an integral part of transportation. An H2 energy-based transportation system will also be built. This will include a hydrogen charging station for hydrogen cars and buses that will be installed in a complex transfer center, parking lot, and bus garage either in the city itself or near it.

Beyond the 2022 hydrogen cities goal, South Korea also has a goal for 2040, in which 40% of local governments will be hydrogen-powered cities and operate12,000 hydrogen buses and 825,000 hydrogen cars.

It will be interesting to find out what South Korean residents thinks about these cities because, back in September, there was significant public concern over the safety of hydrogen refueling

stations following a hydrogen tank explosion in Gangwon Province in May. These safety concerns initially stalled the government’s plans to construct more stations.