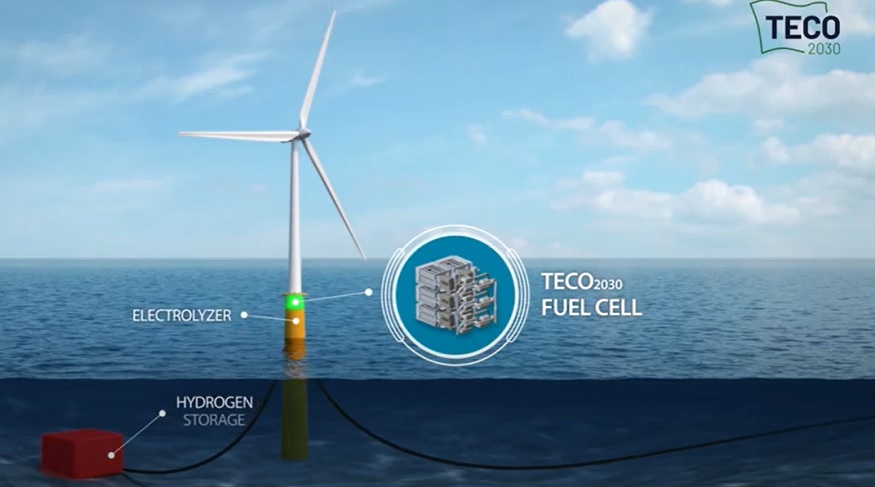 The world has been turning its attention toward a larger number of renewable energy options. Resources such as offshore wind, solar, and green hydrogen production have been making headlines to an increasing degree as countries, states and organizations seek cleaner ways of powering industries and vehicles as well as producing heat. Nations pursuing Paris agreement targets for decarbonizing have made alternative energy sources central to their strategies.

It is in this light that TECO 2030 has developed this new stationary fuel cell concept. It has launched this new energy strategy for stationary installations as the world seeks out new renewable energy solutions.

The new TECO 2030 stationary fuel cell concept has potential for many different applications.

TECO 2030 is an engineering and equipment development firm focused on renewable energy innovation to support and increase its adoption and use. They place particular emphasis on hydrogen fuel cells with the goal of reducing the shipping industry’s overall environmental footprint.

To play a role in the increasing market demand for solutions in the renewable energy category, TECO 2030 has released its new concept for use at stationary installations. This TECO 2030 Marine Fuel Cell can be utilized as a stable energy supply solution with applications in a large spectrum of different areas. It provides a viable green energy opportunity in areas where other renewable resources are not available or feasible.

“TECO 2030 Marine Fuel Cell can secure stable power supply generated from renewables in many stationary applications. We are pleased to present new use-cases for our products, and expect a large potential in the stationary energy sector. The fuel cell used for this application will be based on the same design as our marine models giving the customer a highly competitive and compact