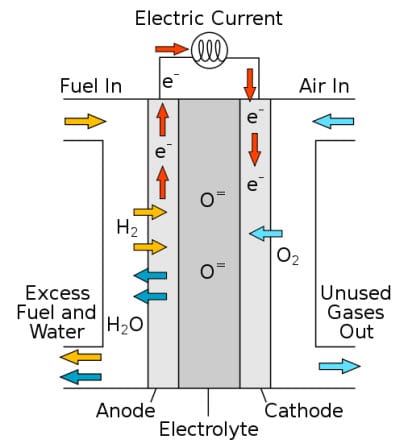 Wintergeen Research has published a new study concerning the global market for solid oxide fuel cells. These fuel cells have seen significant use in several industries over the past several years. As stationary energy units, they are designed to produce more electrical power than their portable counterparts. These fuel cells also produce a significant amount of heat, which can be used for a variety of purposes. Beyond industry, solid oxide fuel cells have also begun to make progress in the residential sector, adding further value to these energy systems.

The study highlights the growing interest that has come to surround solid oxide fuel cells. According to the study, the global market for these particular fuel cells will reach $9.6 billion by 2019. Emerging markets around the world will play a relatively small role in the growth of these fuel cells, but well established markets, like those in North America and Europe.

Fuel cells of all kinds are still faced with significant problems that could impede their adoption in the future. One of the most significant of these challenges has to do with cost. Solid oxide fuel cells are somewhat more expensive than other kinds of fuel cell systems due to their size and their use of expensive materials. If the costs associated with fuel cell adoption cannot be reduced, the progress that these energy systems are expected to see in the coming years may diminish.