Russia, China, Mexico and Iran have the most to gain from fracking techniques.

According to a recent study published by the American-based IHS research firm, oil extraction via the controversial hydraulic fracturing (fracking) technique could be exactly what abandoned oilfields located outside of North America require to recover the untapped oil that the research indicates would be nearly 140 billion barrels of oil, and Russian, China, Mexico, and Iran are the four countries that would most benefit from extraction methods such as fracking and horizontal drilling.

The study indicates 135 billion of the barrels would require fracking technologies.

Of the approximate 141 billion barrels, hydraulic fracturing technologies would be required for 135 billion, reports the study. Of the potential global oil volumes, two-thirds are concentrated in Latin America and the Middle East, while the remainder is distributed fairly evenly throughout the world. 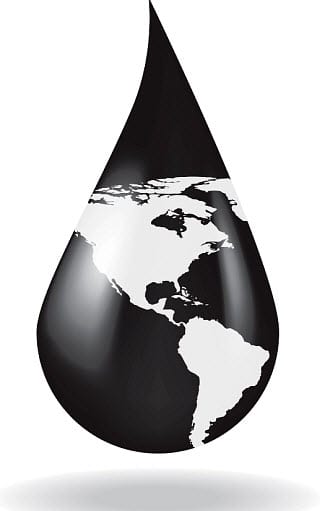 Furthermore, the IHS estimates that of these 141 oil barrels, 40 billion are located in Iran, while Mexico may have an estimated 14 billion barrels, Russia 12 billion, and China 6 billion. The other top 10 countries that each has more than 4 billion in additional resources include Kuwait, the United Arab Emirates, Kazakhstan, Libya, Algeria, and Venezuela.

The vice president of IHS energy research and one of the study authors, Susan Farrell, said in a press release that “We were quite surprised at the impressive potential for increased recovery using these unconventional techniques.”

Hydraulic fracturing is not the only extraction method that could recover oil.

Although an effective method for extracting oil and gas, fracking is a highly controversial practice. It has been blamed for earthquakes and has been seen as a threat to both the public health and the environment. As a result, the mining practice has been banned in certain parts of the U.S. and other parts of the world. However, fracking isn’t the only oil extracting technique.

Over 170 mature oil plays around the globe have been examined by IHS and three fields in China, Tunisia, and France where drilling operators have managed to revive old resources using new technologies.

For instance, in France, where hydraulic fracturing is prohibited, the Saint Martin de Bossenay field, which had been abandoned in 1996, and is located near Paris, was redeveloped with horizontal drilling. Using this technology, the operators were able to boost the field’s oil recovery rate from 40 to 44% and boosted its reserves by approximately 10% (1 million barrels).