Geothermal energy is set to kick off in the western United States. The federal Department of Energy has awarded grants to research teams in five states. These teams aim to research methods to produce electrical power from geothermal sources. Combined, these efforts could open up the way to generate enough electricity to power approximately 100 million average homes. Overall, the Department of Energy has awarded some $2 million in grants to these research teams.

The funding is part of a two-phase project that aims to commit $29 million to the geothermal energy sector. The first round of funding is meant to be used to establish the Frontier Observatory for Research in Geothermal Energy (FORGE). The facility is meant to conduct research regarding geothermal power and how to develop an efficient geothermal system that can produce electricity. FORGE will be responsible for enabling new research in enhanced geothermal systems and will also focus on testing new drilling technology.

Geothermal power is expensive, but attractive to those interested in renewable energy 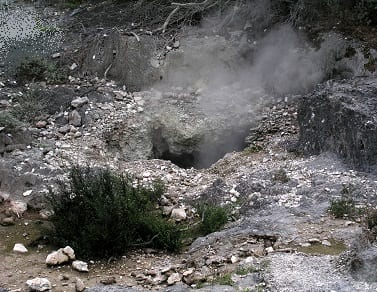 Geothermal energy holds a great deal of potential for the U.S., but receives relatively little attention when compared to other forms of clean power. Part of this is because geothermal power can be expensive to tap into. Making use of this form of energy requires drilling into the earth, which is a costly endeavor. Drilling is also considered an environmentally risky procedure. Despite the costs, however, geothermal energy could be a very valuable source of power, especially in western states.

More research into geothermal energy could make this form of power more attractive. Better technologies will reduce the cost of geothermal power as well as lead to more efficient geothermal systems. The Department of Energy has shown some interest in geothermal power, but seems to prefer supporting other forms of renewable energy, such as solar power. If FORGE can develop enhanced geothermal systems, that may change in the future.