Drilling for geothermal power is seen as an important future strategy for the European country.

Although there has been recent seismic activity linked to drilling from geothermal energy exploration, a new study from the Center for Technology Assessment TA-SWISS concluded that energy produced from this renewable source is friendly to the environment, cost-effective and reliable, despite the certain risks that are involved.

Geothermal projects were recently halted in Basel and St. Gallen due to unusual seismic activity.

The exploratory projects in these Swiss regions stopped after seismic activity, which was not typical in these areas, was discovered to be connected to the drilling that was occurring. That being said, in spite of these incidents, TA-SWISS insisted that Swiss officials not abandon geothermal energy as a source of renewable power.

The Swiss Federal Office of Energy, Gunter Siddiqi, agreed that geothermal potential in the country is huge, but said that they still need to learn how to tap into the heat that exists deep beneath the ground. To be able to do that Siddiqi explained that more experience is required on how to construct and operate geothermal power plants. He added that the job is primarily given to the cantons because they are the ones who decide how their land is to be used. 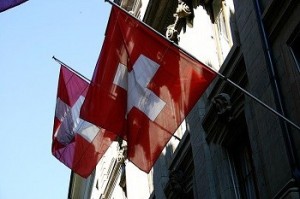 The federal government does not have much control over how and where the cantons launch geothermal power projects, but guidelines could be established to streamline the process throughout Switzerland. The latest to announce its geothermal explorations plans is Canton Geneva, which intends to carry out its plans by 2017.

The increased risk of earthquakes from drilling for geothermal energy is a “necessary evil”.

If geothermal becomes a source of power in Switzerland it would cost somewhere in the range of wind and solar energy. However, what makes his renewable superior to others is that it is constant and does not require the wind or the sun to generate electricity. Siddiqi says that constant supply is a chief tenet of the country’s Energy Strategy 2050, which is set to be debated later this year in parliament.

Nevertheless, the study did also recognize that the drilling required for geothermal energy will always carry a risk of earthquakes. The director of the Swiss Seismological Service, Stefan Wiedmer, said that while it is important to control, quakes are a “necessary evil”.