India has been showing more aggressive interest in solar energy lately. Like other countries, India is attempting to reduce its reliance on fossil-fuels over time, focusing more heavily on renewable energy. Solar power has become one of the country’s more favored forms of clean energy and the Indian government has been making strides to spur the development of new projects throughout the country. India now has plans to install no less than 100 gigawatts solar power capacity by 2022.

This ambitious goal could make India the world’s leading solar energy market, putting it in competition with China, which also has plans to reach the 100 gigawatt solar power capacity milestone by 2020. Originally, the Indian government had planned to install 22 gigawatts of solar capacity throughout the country by 2022, but this plan has changed as the cost of solar power has dropped significantly in recent years. 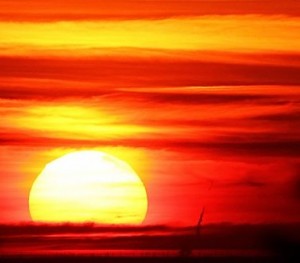 India’s aggressive interest in clean energy is largely due to a massive change in the country’s government. Prime Minister Narendra Modi envisions a future India that is powered almost exclusively by renewable energy. Modi has enacted many policies that support the development of clean energy projects, many of which are taking form in the state of Gujarat. Modi is also leading the charge to enhance the Indian National Solar Mission, which will provide a great deal of support to new solar power projects that come to the country.

Energy companies are beginning to move away from fossil-fuels

Spurred by the shift in the government, many energy companies have begun focusing more heavily on clean power. The Solar Energy Corporation of India has plans to increase its solar capacity plans over the next four years. Many utilities are also feeling pressure to focus more heavily on clean energy and move away from fossil-fuels. In the coming years, India may become an ideal solar energy market, largely due to policies enacted by the new government.