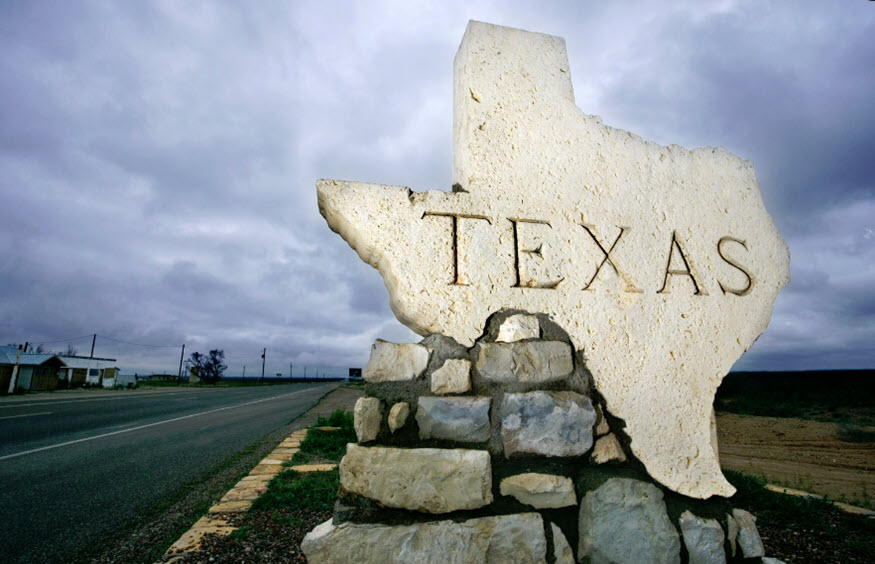 When it comes to sustainability energy practices, the great state of Texas may surprise you. In fact, the Lone Star State produces the greenest energy in the country.

But with recent attention called to the role of wind power in the outages of 2021’s winter storm, the state of Texas has questions to answer. Did reliance on renewable energy really make the power situation worse? And if so, how can Texas improve on existing sustainable energy practices?

In this article, we explore the need for ongoing sustainability efforts in Texas and what the Lone Star State can do to improve its efforts.

Only 7% of forecasted winter power capacity was set to come from wind power.

According to a report from the Texas Tribune, frozen wind turbines had little to do with the power outages of 2021’s winter storm. This power source only represented a fraction of the expected power capacity for winter, with 80% instead coming from natural gas, coal, and nuclear power.

The Electric Reliability Council of Texas (ERCOT) found that in the course of the 2021 winter storms, as many as 18 gigawatts of energy from renewable sources were inaccessible. However, even carbon-based sources struggled, with 28 gigawatts offline from gas, coal, and nuclear. The power problems, then, could be blamed on all power sources, with fossil fuels struggling just as much as renewables in the course of the disaster.

This demonstrates a larger need for a sustainable power grid, sustainable not just in terms of renewable energy but in reliability facing climate challenges. During the winter storms, the natural gas pipeline system failed. ERCOT anticipated having access to 67GW of natural gas and coal energy but could only get 43GW online.

Much like with the frozen wind turbines, frozen gas pipelines speak more to a failure to winterize the existing power infrastructure rather than a failure of the energy source in general. Experts predict that solar and wind energy could replace the need for pollutive energy like coal with the proper coordination. But it will take preparation and expertise to secure a sustainable energy grid.

Wind turbines, like gas pipelines, can be modified to function even in very low-temperature environments. True sustainability addresses these eventualities, and in an environment battered by climate disasters, Texas must modify its sustainability practices to better prepare. This can be an effort that adds jobs and economic opportunity to the state.

Already, the sustainable energy industry is big in Texas, which produces the most wind energy of any state in the nation. Expanding this market to include all kinds of IT positions for new protective and innovative tech can serve to invigorate Texas’ economy and draw in more skilled tech professionals. Right now, not only is IT expertise needed for securing the functionality of renewable power grids even in low-temperature conditions but technicians and software developers can help improve efforts to prevent soil erosion, deforestation, landslides, and more.

Renewable energy methods are already cheaper than polluting and unsustainable alternatives. This is why you won’t see any new coal plants being built in Texas. However, environmental as well as energy sustainability can be better secured by supercharging the industry with new tech and skilled technical experts. This will lay the groundwork for more efficient innovations and sustainability practices in Texan energy.

Among the many ways Texas can secure a more reliable and sustainable energy grid are improving energy alternative options and upgrading existing infrastructure. A broader base of tech professionals will help in these endeavors. Meanwhile, research is underway into improving practices like geothermal energy capture.

First, the power grid must accommodate and prepare for climate change. This means the winterization of existing infrastructure. Texas wind turbines should be equipped with the de-icing and internal warming components common in turbines in more northern climes. Additionally, gas pipelines could at the very least be insulated until a complete shift to renewable energy can be made viable.

Even private Texans can support their own energy efficiency and security of their power through sustainable home upgrades. Installing solar panels, repainting with eco-friendly paints, and thoroughly insulating your home can all be ways to avoid complete power loss in future disasters.

Meanwhile, the University of Texas at Austin is bringing together researchers and geothermal engineers to expand efforts and expertise in geothermal energy. This energy source taps into the natural power inherent in the heat of the earth, and it has the potential to offer reliable energy in any conditions. Experts are exploring how Texas can utilize geothermal power to supplement power grids even when wind turbines and gas pipelines fail.

Texas can sustain cleaner, cheaper energy — if the state doesn’t fall back on fossil fuels.

Right now, Texas is a hub of sustainable energy with the United States. However, some state representatives are using the recent outages caused by winter storms to argue against renewable energy. These alternative power sources have been proven to have the potential to power the state reliably, but it will take significant upgrades if the infrastructure is to weather any storm.

Texas can improve its sustainability practices by broadening its resources, from energy types to skilled technicians. These resources can be used to buffer the grid against future climate disasters, starting with common-sense winterization techniques.