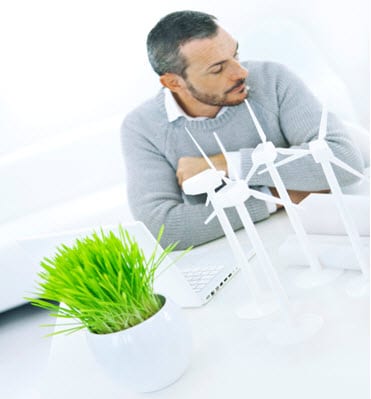 The London Array is activated

The London Array, a massive offshore wind farm that will be the largest of its kind in the world once it is completed, has begun generating electricity. Construction of the massive wind farm, which is located off the coasts of Kent and Essex in the Thames Estuary, began in early 2011. More than 151 wind turbines have been installed in The London Array since then. The London Array is expected to receive the last of its wind turbines by the end of this year.

Once construction is complete, The London Array will be able to generate more than 630 megawatts of electrical power, more than any other offshore wind energy system being developed currently. Though the offshore wind farm is not fully complete, it has already begun generating electricity. A modest number of wind turbines were activated early this week, generating enough electricity to power 470,000 average homes.

Though The London Array is the largest offshore wind energy project in the world, there are plans to make the wind farm even bigger than it already is. The companies behind the project — E.ON, Masdar, and Dong Energy — are currently seeking approval for a second phase of the ambitious project. If approved by the UK government, the second phase of the project will boost the total energy capacity of The London Array from 630 megawatts to 870 megawatts. Initially, plans to expand the wind farm were rejected due to concerns regarding the local ecology. These plans have since been revised to be more environmentally friendly.

UK continues to be strong supporter of offshore wind energy