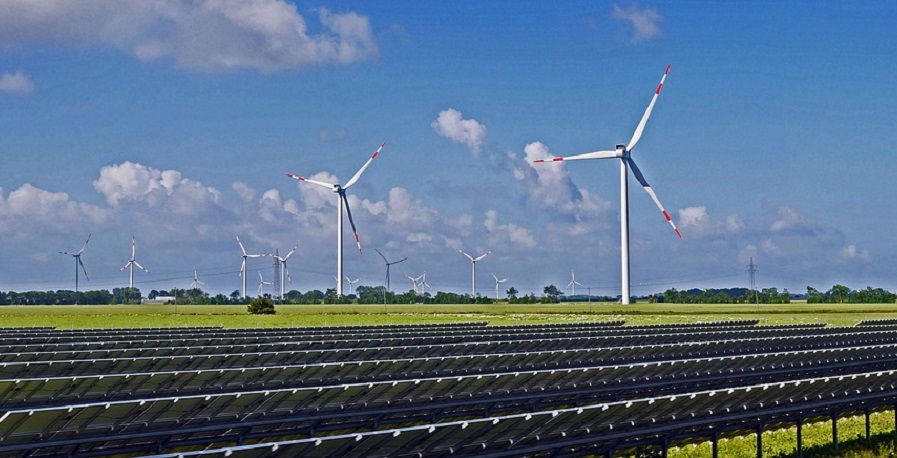 Renewable energy made history in the UK last year.

For the full twelve months that made up 2019, the UK generated more power from renewables than fossil fuels. According to data from the National Grid, renewable sources of power, including wind farms, solar panels, hydro plants and nuclear energy combined with clean power imported by sub-sea cables, provided 48.5% of the UK’s electricity in 2019.

Only 43% of power was produced by fossil fuels.

The remaining 8.5% that did not come from fossil fuels or power from renewables was produced by biomass. While this is a type of renewable power, due to the fact that it produces carbon emissions to generate electricity from burning wood pellets, it isn’t considered a clean form of alternative energy.

Over the past decade, the UK has gradually shifted away from fossil fuels. According to National Grid CEO John Pettigrew, in 2009, approximately 30% of power in the nation was generated by coal. However, in the years that followed, the UK began to move toward solar and wind projects as well as carbon-free electricity from Europe.

“2019 is a massively historic milestone in that it’s the first time ever in the UK that we’ve had more electricity produced from zero carbon fuels than from fossil fuels,” Pettigrew told Sky News in an interview.

The UK must continue increasing its reliance on power from renewables to meet its clean energy targets.

In spite of generating more power from renewables than ever before, the UK is still a long way off from meeting its 2050 net zero carbon emissions goals. The reason is that to meet these goals, not only energy has to be decarbonized, but transportation as well.

Pettigrew says that to achieve net zero carbon goals, it would probably take about 36 to 40 million electric vehicles by 2050. Moreover, since all those cars would need to be powered, the National Gird has to think very carefully about making sure it can produce the necessary infrastructure to support those vehicles.

That being said, aside from the need for clean transportation, the UK is continuing to work on securing more clean energy projects. One such project to obtain power from renewables is a cable

under the North Sea that will connect the nation with Norway, allowing it to harness the hydro power generated in the Scandinavian country.