Japan’s Toshiba Corporation has broken ground on its new Hydrogen Application Center in western Tokyo. The new facility is expected to begin operations in April 2017 and will be responsible for producing hydrogen fuel. The hydrogen production system will draw power from renewable resources, such as wind and solar. The hydrogen will then be used to power forklift trucks equipped with fuel cells, which will be operating at the nearby Fuchu Complex.

Hydrogen could become more popular in the materials handling space

Toshiba has been a supporter of hydrogen fuel cells for some time, especially in the materials handling space. Fuel cells have a clear advantage over batteries because of the fact that they can be fueled in a matter of minutes. Batteries, on the other hand, require several hours to completely charge. Fuel cells are also somewhat more efficient than traditional batteries, which have long been used in the materials handling space.

New facility will make use of renewable energy to produce hydrogen 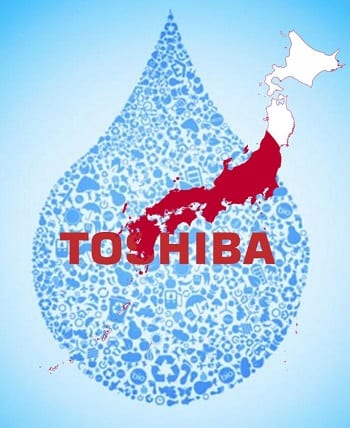 The new Hydrogen Application Center is a step for Toshiba to build a new business. This business will utilize the experience the company and its partners have garnered over their years of studying and practicing with fuel cell technology. Additionally, the Hydrogen Application Center will allow for a better understanding of the hydrogen fuel production process and how renewable energy can better be used in the generation of hydrogen in the future. The production process will also be controlled by Toshiba’s hydrogen energy management system, which includes a feature that allows production to be modified based on its predicted consumption.

Renewable hydrogen fuel production is becoming much more important as fuel cells gain popularity. Conventional hydrogen fuel production is heavily reliant on fossil-fuels, making this form of clean fuel less environmentally friendly than it is meant to be. Solar energy is, thus far, one of the more favored forms of clean energy being used to produce hydrogen fuel. This may change, however, as wind power is quickly gaining prominence for this purpose as well.