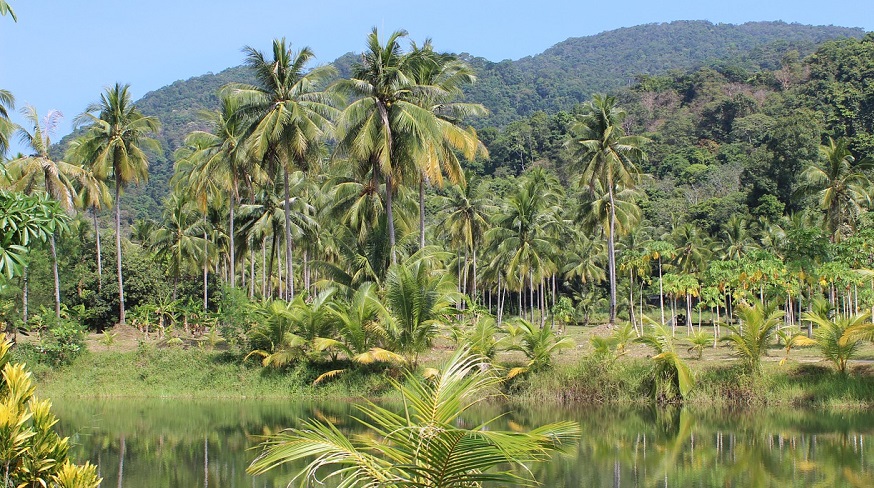 Scientists are warning that this primary defense of the Earth will become less effective.

Tropical forests are one of the most important features the Earth has for absorbing the planet’s rising carbon dioxide levels. As trees grow, they use carbon dioxide as a part or the process, while releasing oxygen.

However, these particular trees are suffering from more than devastating deforestation by humans.

Climate change is sending temperatures skyward, placing considerable heat and drought stress on remaining tropical forests. Scientists have cautioned that this will cause the trees to die, accelerating the problem already caused by human-caused deforestation. They predict that this will have a catastrophic impact on the Earth’s capacity to keep up with the world’s rising atmospheric carbon dioxide levels.

Even with deforestation, those trees have still managed to use more carbon than humanity has produced through coal, oil, and natural gas burning over the last thirty years. However, as deforestation continues and the impact of climate change worsens, this trend could face a disastrous shift.

Researchers found that if tropical forests were left intact, they could continue to help to a point.

The research was published in the Science journal. In that report, the researchers discussed their measurement of carbon storage and growing conditions for half a million trees worldwide. They pointed specifically to some of the tree-covered regions of Asia and Africa as particularly important. Even as temperatures rise, those trees could help to make an important difference to rising CO2 levels, provided they were left intact.

However, even those massive jungles have their limits. “There are certain levels where forests can’t respond,” explained University of Utah forest ecologist William Anderegg. The study predicted that if global warming reaches an average 2º C over preindustrial levels, massive stretches of tropical forest around the world will start emitting more carbon than they absorb from the atmosphere.

The researchers pointed out that this was not based merely on speculation as some of South America’s hottest jungles have already crossed to that point. Though tropical forests are particularly effective at capturing carbon dioxide from the air, when trees die off from drought and extreme temperatures, they release CO2. When the forests become adequately

stressed and damaged, that CO2 emission level rises beyond the absorption level of the healthy trees.