Here’s a tantalizing fact: the Earth gets more energy from just one hour’s worth of sunlight than the entire world uses in one year.

That’s something to ponder when you pull up to the pump, or open your latest electric bill. Unfortunately, the technology to store vast quantities of solar energy simply doesn’t exist yet.

But nature itself may have shown us the way, or at least one way, to turn that sunlight into useful hydrogen energy, and the inspiration comes from that grass you’re walking on, or that tree whose leaves you rake every year.

All the hydrogen you can eat…

Artificial Photosynthesis, New And Improved
If you remember your elementary school science classes, then you know that photosynthesis is the process by which plants take sunlight to split water molecules into hydrogen ions, free electrons, and oxygen. The oxygen is expelled as a waste gas, while the hydrogen and the electrons convert carbon dioxide into life-sustaining carbohydrate sugars that feed the plant. 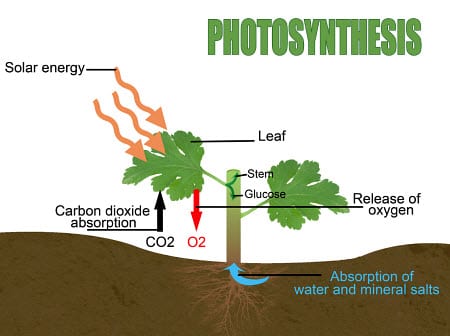 What scientists are trying to do is to duplicate the photosynthesis process, improve upon it, and use it to produce cheap hydrogen fuel. Researchers from the U.S. Department of Energy’s Lawrence Berkeley National Laboratory have been working at the Joint Center for Artificial Photosynthesis in order to achieve this goal. Rather than using photosynthesis to create electricity, scientists at the JCAP want to use sunlight to create hydrogen fuel, which in turn can be used for a number of purposes, including electricity generation.

But that’s not the only path to be taken in the quest for hydrogen fuel.

Rust Becomes Valuable?
Meanwhile, Doctor Robert Palumbo, chairman of the engineering department at Valparaiso University, Indiana, has teamed with Richard Diver at the Sandia National Laboratories in New Mexico to take rust and use it as a means of producing hydrogen. With a $300,000, three-year grant from the National Science Foundation for a process known as Solar Thermal Decoupled Electrolysis, which takes a variety of iron ore called hematite and focusing the sun’s rays on it, heating it to 2,500 degrees Fahrenheit. The process, which takes place inside a reactor, removes the oxygen molecules, changing the hematite into magnetite, which when mixed with water, acid, and a low electrical current, results in hydrogen.

A particularly attractive aspect of this idea is that the process eventually turns the hematite back into itself from its transformation to magnetite, so the metal can actually be used over and over again. This is a valuable part of keeping the production costs down and minimizing waste.

The challenges of this process are in building a reactor that can efficiently create and sustain the higher temperatures, as well as achieving the electrolysis project with the lowest voltage possible. After all, you don’t want to spend more energy than you get from the process itself, right?

Whatever the process used, it’s clear that there are opportunities for renewable green energy, particularly involving hydrogen as the resulting fuel source. In a world with finite energy reserves, it’s somewhat reassuring to know that progress is being made in harnessing the infinite power of the sun.

Byline: John Terra has been a freelance writer since 1985. He writes a very eclectic mix of topics, everything from running 5K’s to custom logo mats.