UPS to use landfill gas to power trucks

The world’s largest package delivery company will be powering two of its fleets with renewable natural gas.

According to package delivery giant, UPS, over the next six years the company will be using landfill gas to power over 140 of its delivery trucks in Memphis, Tennessee and Jackson, Mississippi. The two fleets will be supplied with approximately 15 million diesel gallon gas equivalents of renewable natural gas (RNG) from landfills, as part of its agreement with Memphis Light, Gas and Water and Atmos Energy Marketing LLC.

UPS intends to significantly expand its use of RNG.

This most recent multi-year deal that the company has made is part of its initiative to drastically boost its use of renewable natural gas in its alternative fuel and advanced technology fleet. UPS announced this green initiative earlier this year and by the end of 2017, its aim is to drive one billion miles with its alternative fuels fleet, called the Rolling Laboratory.

Mark Wallace, UPS senior vice president global engineering and sustainability, said in a press release that RNG is a vital part of the company’s strategy to expand its fuel sources and reduce the environmental impact that results from growing customer demand. 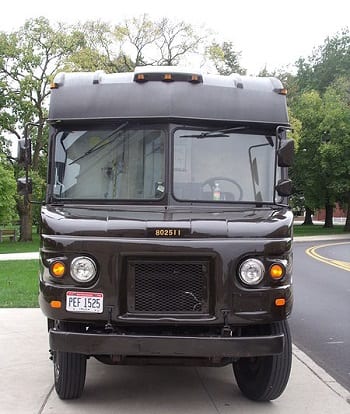 “We are using methane that otherwise would be released into the atmosphere as a greenhouse gas emission and converting it to power our trucks while helping to promote the use of this renewable fuel in transportation,” Wallace said.

Renewable natural gas, which is also known as biomethane, can be produced from a variety of renewable sources. Some of these include wastewater treatment and agriculture and organic waste decomposing in landfills. The natural gas that is produced is distributed via a natural gas pipeline system. It can then be used either as compressed natural gas or liquefied natural gas.

Aside from RNG, UPS also uses other alternative power sources to lower its carbon footprint. These include renewable diesel, ethanol, propane and electricity. Presently, UPS operates one of the biggest private alternative fuel and advanced technology fleets in America.

Last year, more than 5,000 of its alternative fuel vehicles were operational. These vehicles logged 154 miles in 2014. By using these vehicles, 5.4% of the total gas and diesel purchased was displaced. This percentage is likely to only improve with landfill gas powering two more if its fleets in the U.S.