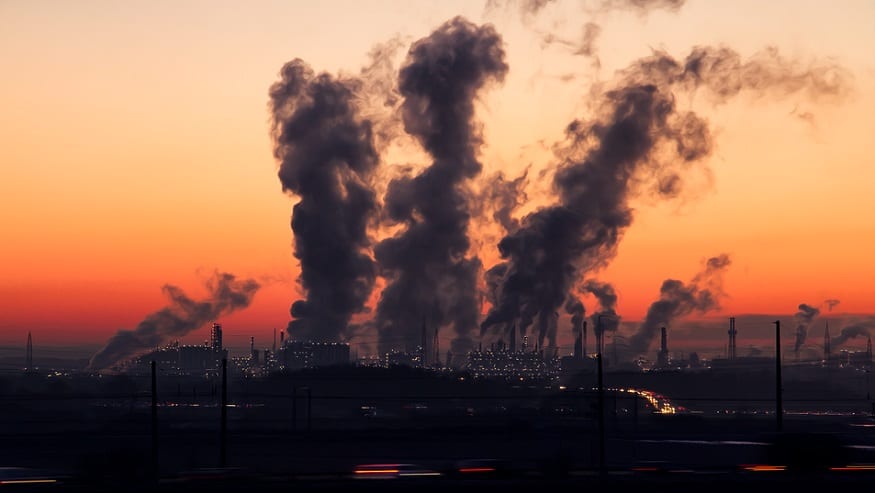 In a recently published report, researchers from Germany and Cyprus estimate that air pollution was globally responsible for 8.8 million additional deaths in 2015. The researchers point to the burning of fossil fuels as being the main culprit behind these deaths.

The World Health Organization (WHO) estimates that smoking kills 7 million people annually, worldwide. While still a devastating number, it is now notably lower than the alarming number of deaths increasingly caused by air pollution.

In fact, the researchers findings, which were published in the European Heat Journal, revealed that the increased deaths from pollution in 2015 was almost two times higher than the previously 4.5 million that was estimated.

Air pollution was responsible for an estimated 790,000 deaths in Europe alone.

Between 40 and 80% of the deaths caused by pollution in the air were related to cardiovascular disease, including stroke and heart attack.

The study focused on ozone and PM2.5, which are the smallest pollution particles that are particularly harmful to health due to their ability to penetrate into the lungs and possibly even cross into the blood.

According to the researchers, the hazardous health impact of PM2.5, which is the primary cause of cardiovascular and respiratory disease, is far worse than was previously believed.

In their study, the researcher urge a reduction in the upper limit for PM2.5 in the EU, which is presently set at 25 micrograms per cubic meter. This is 2.5 times higher than the WHO guideline.

The research reveals that globally air pollution caused 120 additional death in every 100,000 people per year. However, deaths in parts of Europe were at an even higher rate of up to 200 in 100,000.

“Since most of the particulate matter and other air pollutants in Europe come from the burning of fossil fuels, we need to switch to other sources for generating energy urgently,” said co-author Prof. Jos Lelieveld of the Max-Plank Institute for Chemistry in Mainz and the Cyprus Institute in Nicosia, Cyprus, Global News reports.

“When we use clean, renewable energy, we are not just fulfilling the Paris Agreement to mitigate the effects of

climate change, we could also reduce air pollution-related death rates in Europe by up to 55 per cent,” Lelieveld added.