Automaker seeks to accelerate the adoption of fuel cells

German automaker Audi has issued new purchase orders to Ballard Power Systems, a leading developer of hydrogen fuel cells, in order to accelerate key development activities. The purchase orders are part of the Volkswagen Group’s overarching plans to begin incorporating clean technology more aggressively. As the owner of Audi, Volkswagen’s interests in hydrogen fuel cells were expected to trickle down to its other divisions. Audi already has a history with fuel cell technology, showing support for how these energy systems can be used to power clean vehicles.

Audi has taken over responsibility of fuel cell development for Volkswagen

Ballard is currently involved in a six-year engineering services agreement with Volkswagen, which will run through March of 2019. The contract between the two companies is estimated to be worth as much as $112 million. In recent years, Volkswagen has begun to show more interest in hydrogen fuel cells, believing that these energy systems could help make transportation more environmentally friendly. While this support has been growing, it is still modest when compared with the favor that Volkswagen shows to batteries or other conventional forms of power. Recently, Volkswagen transferred responsibility for its fuel cell development to Audi, which is now heading the incorporation and deployment of hydrogen fuel cells. 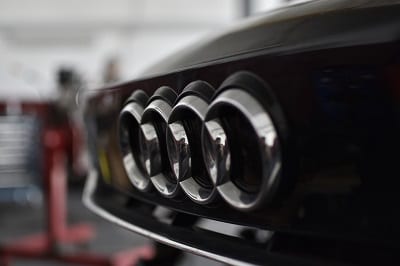 Hydrogen fuel cells have been growing in popularity within the auto industry for many years, but only recently have fuel cells begun to attract major attention from consumers. Vehicles equipped with fuel cells produce no harmful emissions, but are more efficient and convenient than their battery-powered counterparts. While this has made them attractive to consumers, fuel cells are notoriously expensive, which directly translates into a higher pricetag for the vehicles using them. Fuel cell vehicles also lack comprehensive infrastructure support, though many automakers are working to resolve this particular problem.

Clean transportation is expanding throughout Europe

Many European countries are becoming more concerned with the potential impact of climate change and the affect that air pollution can have on health. As such, they are working to reduce emissions generated in the transportation space. Hydrogen fuel cells have begun to gain momentum as effective tools to accomplish this goal. Volkswagen is among the major automakers taking place in the clean transportation revolution, but the company remains modestly cautious of the potential of hydrogen fuel cells.