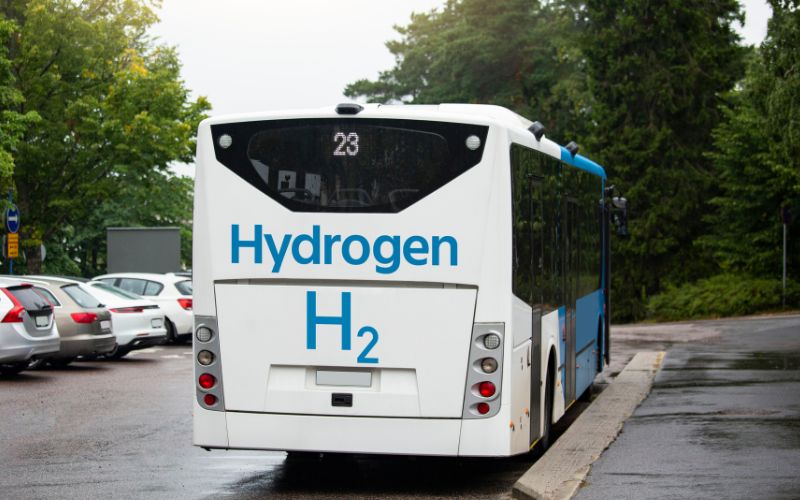 As the world transitions to more environmentally friendly methods of transport, the bus sector is at the forefront of the switch in technology.

This should come as no great surprise, as buses often travel through city centres near pedestrians and outdoor dining spaces, so quickly switching to zero-emission fleets will help local authorities clean up their towns and cities and progress towards achieving their net zero targets.

A bus is known as a “back to base” vehicle, meaning it travels a predictable number of miles each day due to the route it serves. This repeatability is ideal for managing fleet refuelling expectations, which justifies the need to implement hydrogen refuelling infrastructure.

A number of local councils have already chosen to decarbonise their fleets with battery electric vehicles (BEVs), but many fleet managers focused on a longer-term solution are using hydrogen in fuel cell electric vehicles (FCEVs). If we examine the pros and cons of both technologies, it will become clear why we believe that hydrogen will ultimately be adopted as the main zero-emission source of power for buses and local transport.

The attraction of BEVs

BEVs certainly offer an attractive option to local authorities in the short term, as was demonstrated earlier this year by the mayor of the Montpellier Méditerranée Métropole, an administrative region of France centred on the city of Montpellier, when he announced the cancellation of a two-year project aimed at running 51 hydrogen buses in the city. Michaël Delafosse revealed his administration had calculated that BEVs would be cheaper to run than FCEVs.

The difficulty of choosing a single technology

However, the choice between adopting BEVs or FCEVs for their zero-emission transport fleets is not an easy one for local authorities to make and we should be sympathetic to the difficulty involved – BEVs are now part of daily life and integration of recharging points is becoming commonplace.

Town and city councils are aware that this is not a simple either/or decision, but one in which they should consider the needs of the routes and passengers they are servicing. They have to make the choice based on local factors, such as the availability of sufficient power to charge batteries, infrastructure costs and route requirements, including range.

On the one hand, if you’re in charge of council funding for local transport and you’ve identified an electric option that is proven and can be refuelled by a charging point that’s available to buy from conventional retail outlets, why would you consider the hydrogen option?

Given that green hydrogen is currently a relatively expensive option for road transport – as it needs renewable electricity for electrolysis to create the hydrogen, additional power to compress the gas and store it in large tanks and a refuelling station to pump the hydrogen into a vehicle – it is more efficient in the short term to deliver the renewable electricity directly into a vehicle’s battery. 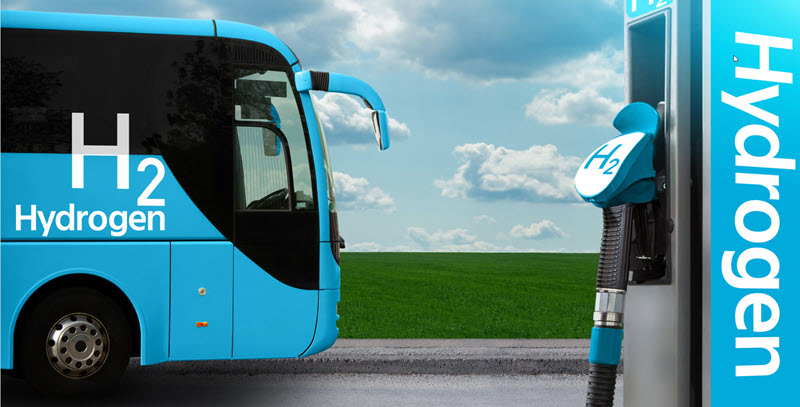 The advantage of FCEVs

On the other hand, there are immediate, medium- and long-term factors that make hydrogen the more promising option. To begin with, batteries take several hours to charge, compared with the 10-15 minutes required to fill a bus with hydrogen. Councils choosing the BEV option also need to work out the total number of kilowatts required to charge all of their vehicles, determine whether the grid can deliver enough power and decide if their depot needs storage batteries. FCEVs are also much lighter than BEVs and can run for more miles on a single fill. Taking into consideration all the above, the FCEVs are the cleaner, greener and more sustainable solution for decarbonising local transport.

Then there is the larger question of efficient energy use. Hydrogen-powered vehicles allow local authorities and transport operators to take ownership of the decarbonisation problem from a local perspective, rather than shift the problem further down the line and push it back to the electricity grid. Instead of demanding more energy to power their vehicle fleets, councils can actually reduce their energy requirements and receive a better output in return.

And, of course, there is the safety issue. The batteries in electric vehicles can catch fire and burn for several hours, as recent incidents in London, Paris and Carcassonne have shown. By contrast, if there is a potential problem with a hydrogen system, the gas will safely decant to the atmosphere in less than a second.

It is for these reasons that far-sighted local authorities decide to pursue the hydrogen option. As global renewable hydrogen supplier TotalEnergies points out, “local governments have begun to take measures to decarbonize their means of transportation. The uptake of hydrogen for mobility, and in particular green hydrogen produced from renewable electricity, is therefore expected to increase in the coming years.”

In March, Transport for West Midlands announced that 124 hydrogen-fuelled buses would be taking to the streets of the region thanks to a £30 million grant from the Department of Transport which was secured via the Zero Emission Buses Regional Area scheme.

The West Midlands is already a pioneer in this area, with a fleet of 20 hydrogen-powered double decker buses bought by Birmingham City Council and operated by National Express West Midlands. It means the region will eventually have 144 hydrogen buses running on its streets, the largest fleet in the western world. 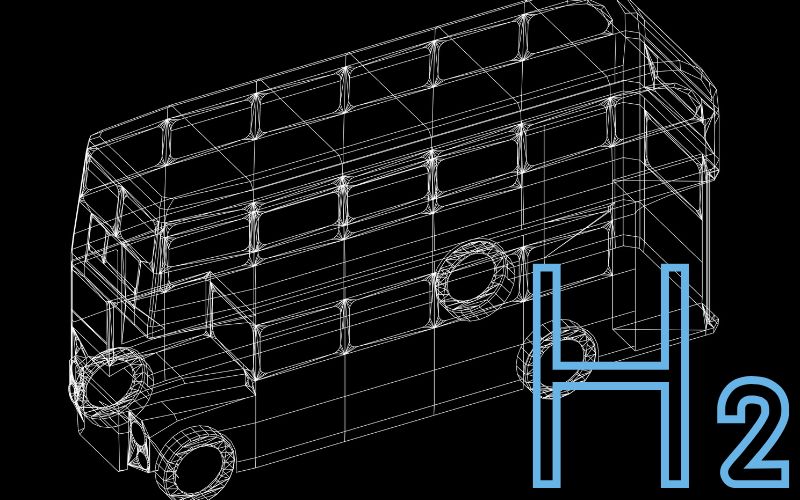 Last year, Aberdeen became the first place in the world to welcome hydrogen-powered double decker buses onto its streets when it took delivery of a fleet of 15.

In summary, for local authorities wishing to reduce the carbon emissions generated by their transport fleets in the short term, BEVs may appear the more attractive option. But, in the longer term, hydrogen is the more practical and sustainable alternative.

About the Author: By Jake Martin, EMEAI Hydrogen Business Development Manager, Haskel Hydrogen Systems Group Jake joined Haskel in 2022 and is responsible for hydrogen business development and strategic growth across Europe & the wider EMEA region.  As a qualified engineer and hydrogen subject matter expert, he brings a wealth of knowledge from both a commercial and technical perspective, working with customers from industries including the MOD, aerospace, nuclear, oil and gas and, most importantly, the hydrogen sector.