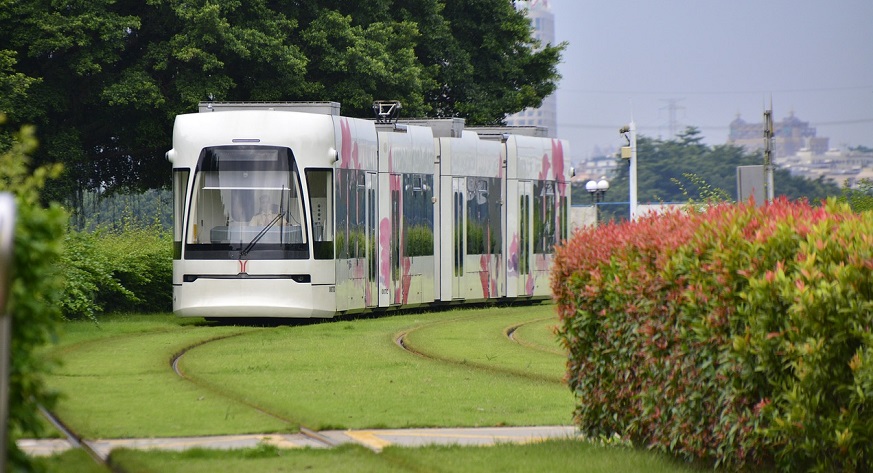 In a move to shrink greenhouse gas emissions, the country has developed and built the H2 vehicles.

As China looks to reduce its high fossil fuel emissions, a local firm has developed what it is calling the first hydrogen powered tram in the world.

Safang developed the first hydrogen powered tram in China, which it also claims to be the first of its kind in the world. The vehicle is the first that is 100 percent H2 fuelled in this category. Following two years of research and development, this tram will be able to reach a top speed of 70 kilometers per hour (about 43 miles per hour) and will transport up to 380 passengers in urban areas.

Refuelling takes three minutes and provides the trams with a range of about 100 kilometers (just over 60 miles). According to Safang, among the primary benefits of this new unique H2 vehicle are that it won’t contribute to carbon emissions. This is important for cities that are fighting for cleaner air. Moreover, using these trams is also expected to lead to reduced operation costs.

The only emissions produced by the hydrogen powered tram is water vapor.

These new H2 vehicles won’t produce any nitrogen oxides, since the fuel cell temperatures will be maintained at a level lower than 100 degrees Celsius (212ºF).

Meant for urban passenger transportation, these are far different from the vibrant orange locomotives unveiled earlier in April in Qingdao, China. Those are trains that are meant for more transportation and at faster speeds. That said, the trams don’t need to go as fast nor be as powerful.

The cities throughout the country are in dire need of people-moving systems that will not contribute to the thick smog that plagues its cities.

The primary challenge at the moment is that this type of vehicle requires track in order to operate. That said, throughout the country, there are only about 83 miles of appropriate track laid in a total of seven cities. Sifang remains optimistic though, as officials in the country are

aligning to pour resources and funding into the use of trams for transportation. This places the hydrogen powered tram design in a powerful position to take off in the next half decade.