Cost of Toyota’s hydrogen fuel car could be reduced

The Mirai may become less expensive in the near future

Toyota has yet to launch its new fuel cell vehicle, the Mirai, worldwide, but the company may be looking to cut the price of its new car. According to Katsuhiko Hirose, project general manager for Toyota’s fuel cell development division, the automaker wants its new vehicle to compete well with its conventional counterparts. To this end, Toyota intends to make the Mirai as affordable as it can be, which will make it more accessible to consumers.

Mirai will have an initial price tag of $57,500 when it is launched in the United States

When the Mirai is launched in the United States, it is expected to a sell at a price of $57,500. While Toyota has not announced plans to reduce this price before the fuel cell vehicle is launched, the automaker is looking to cut the cost of the Mirai in the future. Exactly when that will happen is difficult to say. According to Hirose, Toyota’s upper management is eager to reduce the cost of fuel cell vehicles, but this may not be possible until hydrogen fuel cells receive widespread adoption. 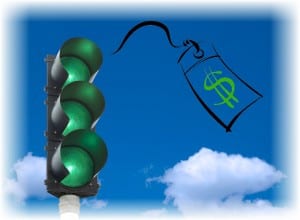 Hirose suggests that it will take 10 to 15 years before fuel cell vehicles see commercial adoption. This is a similar amount of time it took hybrid vehicles to find commercial success. Hydrogen fuel cells are notoriously expensive, which has limited their adoption in several markets for years. The expensive nature of these energy systems is one of the challenges facing their commercialization. Reducing the cost of fuel cells has to do with manufacturing processes and using less expensive materials.

Another obstacle facing the adoption of fuel cell vehicles is the lack of a comprehensive hydrogen fuel infrastructure. Without fueling stations that offer hydrogen, fuel cell vehicles have limited appeal to consumers. Companies like Toyota have been investing in the construction of hydrogen fuel stations, but progress toward establishing a widespread infrastructure has proven to be difficult.