New hydrogen station has opened for business in Australia

Australia’s first hydrogen fuel station has officially opened. The new station represents the first step in developing a hydrogen infrastructure in the country, and now that it is open for business, several companies are working to build new stations throughout Australia. Some organizations are petitioning for the development of a “hydrogen superhighway,” which will extend from Melbourne to Sydney. This superhighway would involve the development of several fueling stations that would supper fuel cell vehicles, which are expected to be launched in the coming years.

H2H Energy, a company that specializes in hydrogen fuel, suggests that there is no feasible reason that Australia should not have a hydrogen highway in place. Cranston Polson of H2H Energy suggests that fuel cell vehicles are ready for commercialization, but the only thing holding them back is the lack of a comprehensive hydrogen infrastructure. Without the needed infrastructure, fuel cell vehicles will have limited success and see modest adoption. 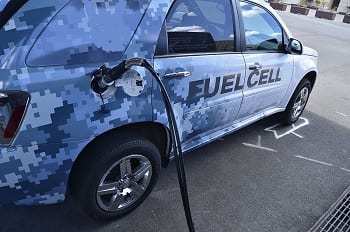 Fuel cells have yet to reach full commercialization in Australia and elsewhere in the world. South Korean automaker Hyundai was the first to bring a fuel cell vehicle to the country, but these vehicles are only available to select few, primarily being used for demonstration projects and part of business fleets. In the coming years, Toyota and Honda are expected to release fuel cell vehicles of their own, but it may be years before these vehicles find the commercial success that automakers are hoping for. Without the appropriate infrastructure, these vehicles may not be able to find adoption among consumers.

Australia’s new hydrogen fuel station is located in the Sydney suburb of Macquarie Park, near Hyundai’s Australian head office. Though the station is in close proximity of Hyundai’s office, fuel cell vehicles made by rival companies will be able to find the hydrogen they need at the location. Several other hydrogen stations are expected to open for business throughout the country in the relatively near future.