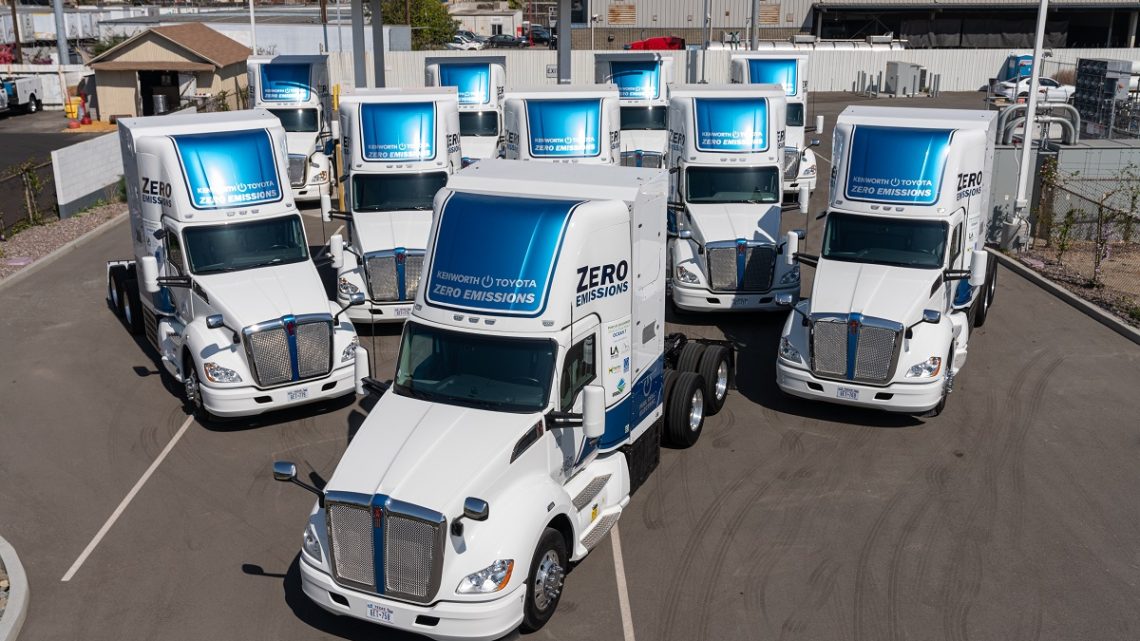 The ZANZEFF “Shore to Store” project showed the vehicles can be used the same way, emission-free.

Toyota Motor North America and the Kenworth Truck Company recently announced that they have used testing to show that fuel cell electric truck performance can match that of equivalent diesel-powered vehicles.

The companies jointly designed the fuel cell electric truck and tested it as a zero-emission replacement for diesel-powered trucks. The vehicles were used as a part of the operations at the Zero- and Near-Zero Emissions Freight Facilities (ZANZEFF) “Shore to Shore” project which took place at the Port of Los Angeles, the Los Angeles Basin and the Inland Empire. 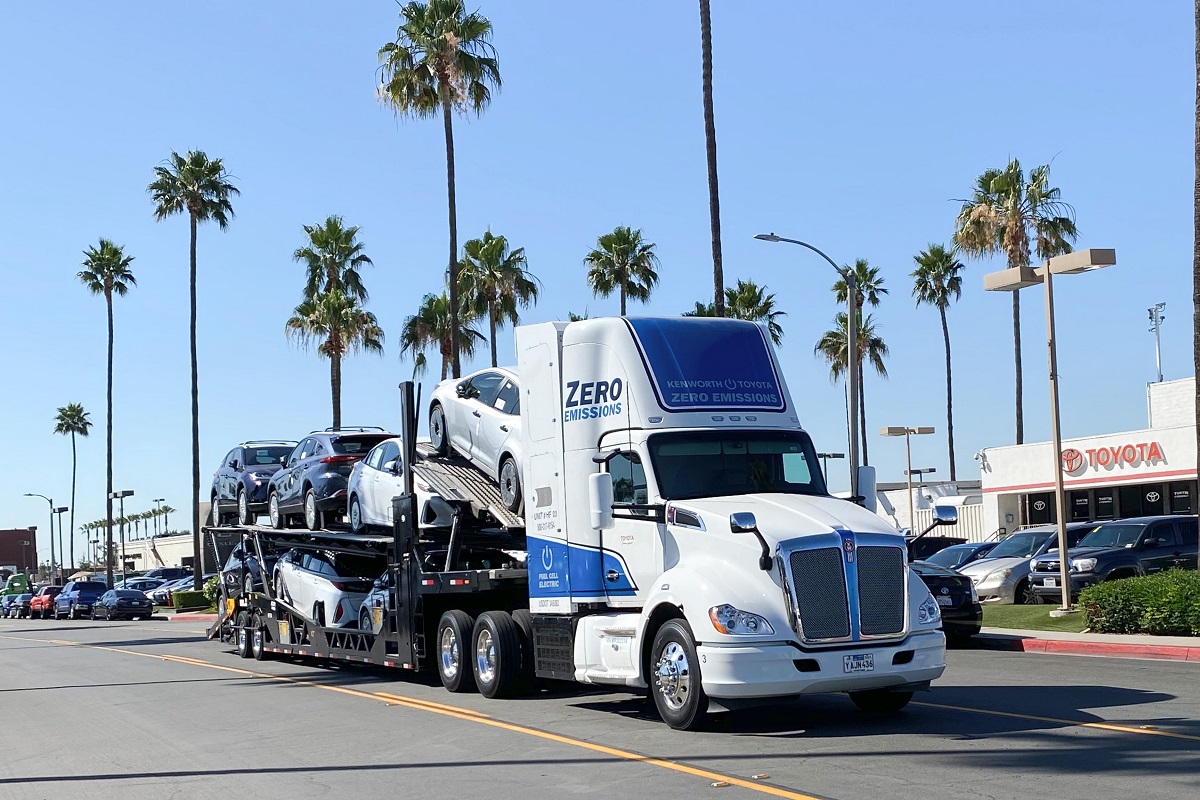 The companies’ main reason for collaborating in this project had to do with finding ways to replace diesel-powered drayage trucks with zero-emission, sustainable alternative solutions in heavy-duty transportation. The Toyota-Kenworth T680 FCEF vehicle’s baseline – which was operated under the codename “Ocean” – was a 2017 diesel engine which required approximately 200 miles of daily operation.

The T680 H2-powered vehicle had a range of just over 300 miles on a full tank and while fully loaded to 82,000 pounds (GCWR), without the need of any mid-shift downtimes to recharge as would have been the case with a battery electric vehicle. The fill time for the H2 tanks was between 15 and 20 minutes. As a result, it was able to operate for multiple daily shifts, covering between 400 and 500 daily miles.

The companies collaborated on the hydrogen fuel cell electric truck design and building.

Kenworth was responsible for the Class 8 T680 FCEV’s design and building, while Toyota was behind the design and building of the powertrain’s H2-powered fuel cell electric power system. According to the automaker, the use of the Ocean trucks led to a greenhouse gas (GHG) emission reduction of an estimated 74.66 metric tons per vehicle per year when compared to the equivalent diesel-powered engine used for equivalent tasks.

The ten fuel cell electric truck models used in the test served real-world customers in a project that involved Toyota and Kenworth as well as the Port of Los Angeles and Shell. The project was made possible through a California Air Resource Board (CARB) grant.

The project lays the groundwork for further developing H2-powered vehicle opportunities for commercial use. Though the ZANZEFF “Shore to Shore” project duties were officially completed for the fuel cell electric trucks back in August, they are continuing their use as demonstration and working models, including one that is still being used in the lower LA Basin to support Toyota’s operations there.

“Having a successful demonstration of Toyota’s scaled fuel cell electric power supply with real-world operations for actual customers opens the door to even broader future deployment, as the use of hydrogen helps to eliminate CO2 from heavy-duty transport while offering a cleaner alternative that keeps the vehicles in service, a win for all parties,” said Toyota chief engineer for zero emission advanced product planning Andrew Lund. 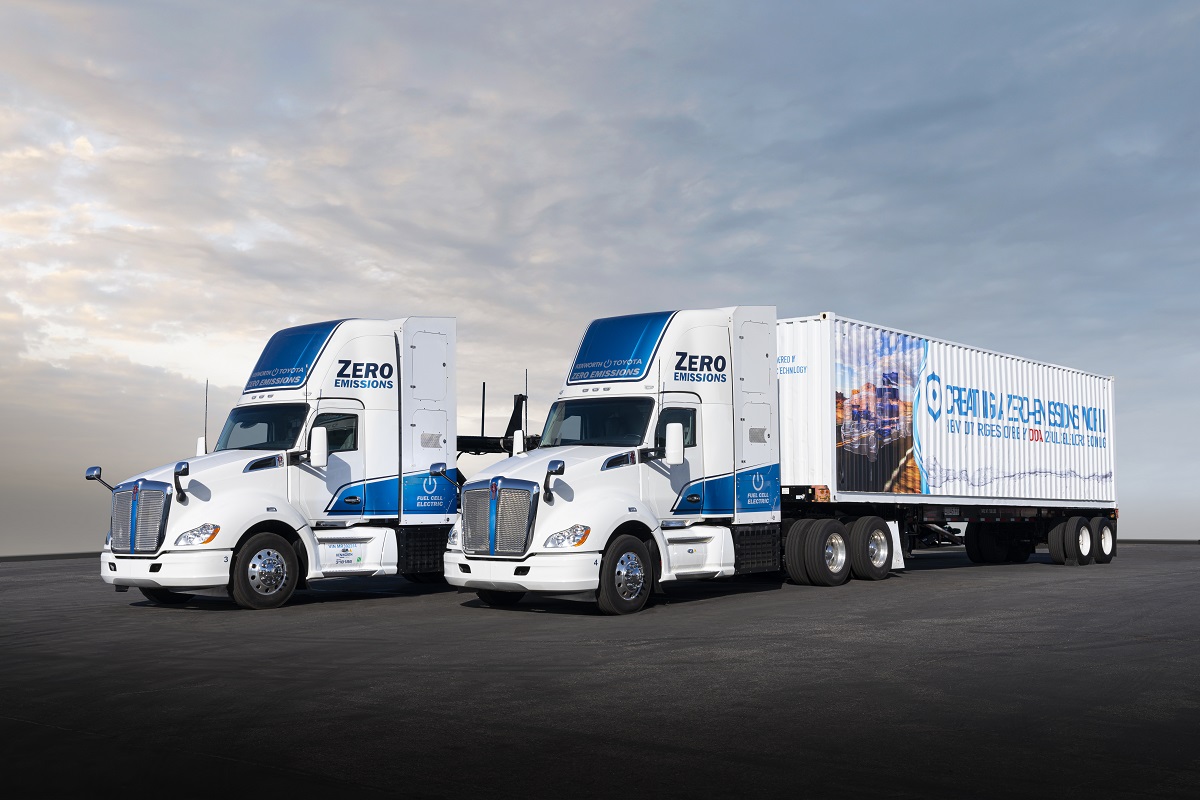 “The potential for this technology as a replacement for higher-emission powertrains is real and supports both regulatory and society initiatives to combat climate change while helping us achieve our own goals of carbon neutrality,” added Lund.

“Through the Shore to Store project, we demonstrated how Toyota’s advanced zero-emission hydrogen fuel cell technology could be scaled and used in our Kenworth T680,” added Kenworth chief engineer Joe Adams in a news release about the hydrogen fuel cell electric truck project. “We clearly showed that hydrogen is a viable clean fuel capable of powering commercial transportation for customers, matching diesel performance in range and power, with quick refueling for minimal downtime and smooth, quiet operation.”