South Korea is looking to bolster its fuel cell market, tapping into strategies that China used to rapidly increase its solar energy industry. Hydrogen fuel cells have been growing more prominent in many parts of the world, South Korea included. The country is showing interest in using these energy systems in the transportation sector, but commercial projects and those designed to provide residential energy are also becoming more popular throughout the country.

Fuel cell developers based in the United States are finding significant support in South Korea. Several of the country’s conglomerates are investing in foreign companies in order to gain access to hydrogen fuel cell technology. Many of these companies are looking to build complex energy systems that will provide electrical power to various sectors. These companies are also looking for ways to improve fuel cell technology in order to make these energy systems more efficient and reliable. 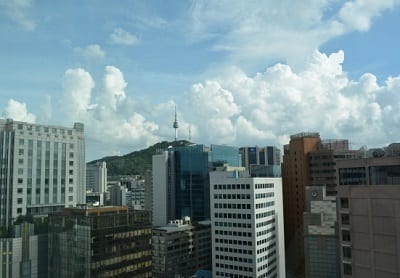 South Korea intends to mimic China in order to bolster its fuel cell market. In China, solar energy began to thrive once it received significant government support. The country made solar energy a commodity, after which the market began to expand quickly. According to Intelligent Energy, a leading developer of hydrogen fuel cells, South Korea’s fuel cell market resembles China’s solar market of 10 years ago. Following the example that China has established could have a positive impact on the South Korean fuel cell market.

Reducing the cost of hydrogen fuel cells is becoming a priority

While hydrogen fuel cells are gaining more support, one of their most unattractive features is their high cost. These energy systems are more expensive than conventional ways to produce power. Efforts to reduce the cost of fuel cell technology have been advancing slowly for several years. Finding a way to lower the cost of fuel cells is likely to make them more popular for those interested in using renewable energy.