Google Glass may be powered by solar energy 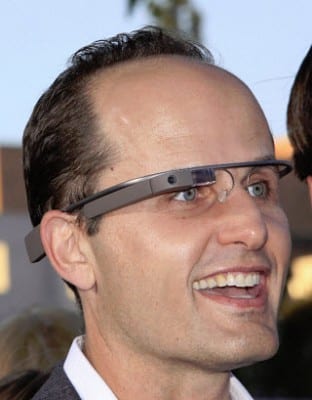 Google’s ambitious augmented reality glasses, called Glass, has yet to receive an official release date, but information concerning the new features of these glasses is beginning to emerge. Google has high hopes for its AR glasses, believing that the product will help people see and interact with the world around them in a different way by blurring the boundaries that separate the digital and physical worlds. Like other high-tech gadgets, however, Glass will consume a significant amount of electrical power in order to accomplish this goal. Solar energy may be the key to satisfying Glass’ power needs.

Glass will be equipped with many of the features that have come to define smartphones and other mobile devices. Glass users will be able to make calls from their AR glasses as well as send text messages. They will also be able to access a wide range of third-party applications and those developed by Google specifically for the Glass platform. The device’s more energy-intensive features, such as video recording and streaming, may require a somewhat innovative energy solution in order to satisfy the needs of consumers.

Those with Explorer editions of Glass — primarily developers that purchased early access to the platform — are beginning to turn to solar energy in order to resolve some of the energy problems that Glass has. Glass is quite small, meaning that it has limited space to fit a long-lasting lithium-ion battery, thus limiting how long the device can be used. Because Glass is often worn outside, it is exposed to sunlight on a regular basis, which is ideal when attempting to power the device using solar energy. Early adopters are equipping Glass with small solar panels that can produce enough electrical power to keep Glass charged for several hours, even after the device’s battery has been exhausted.

Wearable devices are consuming a lot of electricity

Glass and other wearable devices are becoming somewhat notorious for their ravenous hunger for electrical power. These devices have been designed with lofty concepts in mind, such as revolutionizing the way people engage in social media and entertainment. The problem, however, is that energy consumption is often a low priority concern for the developers of these devices, which is why some people take matters into their hands and attempt to resolve the issue.