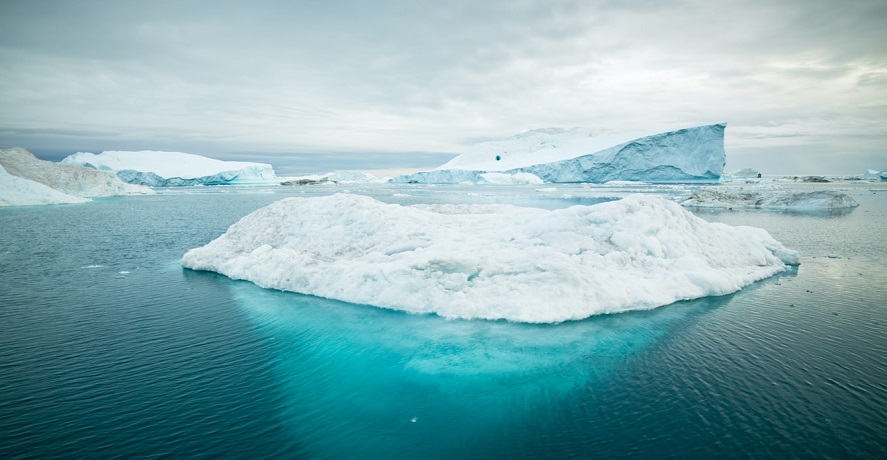 The research showed that no efforts to slow global warming will stop the melting from happening.

Ohio State University researchers have released the results of their study of Greenland’s ice sheet and have found that it has reached a point of no return in its melting.

The massive blanket of ice has reached the point that it will not be able to recover from its melting.

“The ice sheet is now in this new dynamic state, where even if we went back to a climate that was more like what we had 20 or 30 years ago, we would still be pretty quickly losing mass,” explained Ohio State University professor Ian Howat, study co-author.

Every year, Greenland’s ice sheet melts over 280 billion metric tons of melting ice into the ocean. It is currently the largest single contributor to the rising global sea levels, said Ohio State University researcher Michalea King, the study’s lead author. In recent years, she said, the loss of the ice has been large enough to alter Greenland’s gravitational field in a measurable way.

Every year, the sea rises by over a millimeter because of the Greenland ice sheet melting.

The pace of the melt and of the sea level rising is expected to worsen. Most predictions indicate that sea levels will be over 3 feet higher by the end of the century. This will sweep coastal properties and beaches off the map.

Certain parts of the world will be particularly vulnerable to this trend. In the US, coastal states such as Florida will be at risk. Low-lying nations around the world will be vulnerable. Three feet of sea level rise may not seem like much, but it is enough to send substantial areas of coastline underwater. Approximately 40 percent of people living in the United States currently live in coastal areas that would be at risk if sea levels were to rise that much.

“There’s a lot of places, like in Florida especially, where one meter alone would cover a lot of existing land areas,” said King. “And that’s exacerbated when you get storms and hurricanes and things like that, that then cause extra surge on top of a higher baseline.” The research also pointed

out that Greenland’s ice sheet is experiencing its retreat in rapid bursts, causing sea levels to rise unpredictably as opposed to gradually. As a result, it is challenging to prepare for these outcomes.