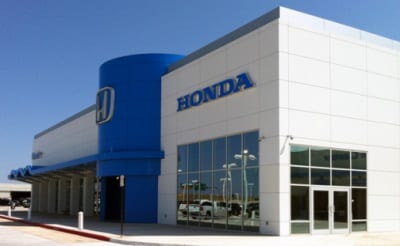 Japanese automaker Honda has been preparing for the inevitable launch of hydrogen-powered vehicles around the world. The company has been investing in developing the infrastructure required to support these vehicles while also making efforts to resolve the price and efficiency issues that are common with fuel cell technology. The automaker already has significant experience with hydrogen-powered vehicles, having launched its FCX Clarity in 2008. Now, the automaker has unveiled what is expected to be the next generation of its hydrogen fuel vehicle.

Honda has revealed its FCEV Concept, which it plans to demonstrate at the Los Angeles Auto Show later this month. At the event, Honda is expected to showcase the vehicle and its features, paying special attention to the vehicle’s hydrogen fuel cell, which has been developed by Honda itself. Few details are currently available regarding Honda’s next generation vehicle, but it is expected to have an operational range of at least 300 miles per tank of fuel.