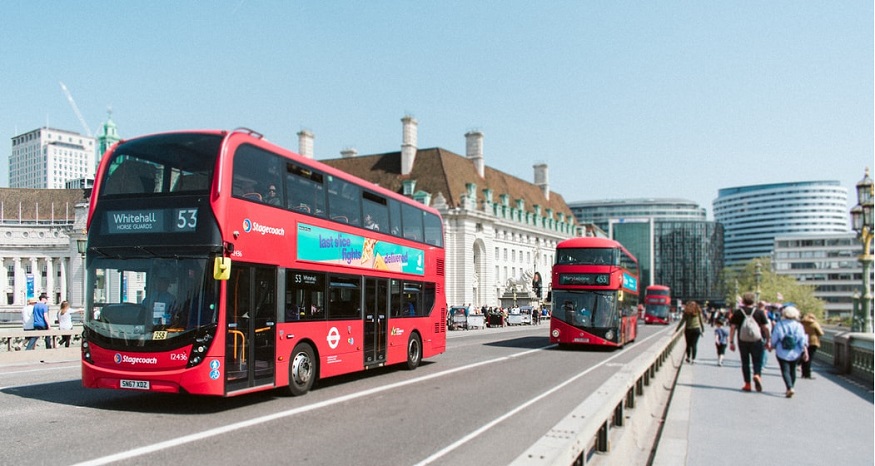 The city’s iconic red buses are now lowering the emissions they produce from operating.

The city’s mayor Sadiq Khan was there when the first H2-powered bus launched.

Khan stated that this would be only the first of a fleet of this type of hydrogen double decker bus to provide the city with emission-free transportation. The first fleet of buses will consist of 20, which will join another 500 electric buses, and 3,800 hybrid buses that are already in service in the city. These are a substantial part of the overall effort London is making to bring its bus emissions down to zero by 2030.

The mayor applauded the buses and the benefits they have to offer in a tweet. “These hydrogen-powered double-decker buses don’t produce exhaust fumes. Not only will they help clean up London’s air but they’ll give Londoners quieter, smoother journeys.”

Not only will they help clean up London’s air but they’ll give Londoners quieter, smoother journeys.
https://t.co/x8msVowOxU

The hydrogen double decker bus model is powered by electricity generated in the H2 fuel cells.

The refuelling process for the hydrogen busses is as short as five minutes and the only byproduct of their operation is water vapor. That said, it’s important to note that the full environmental impact of the use of hydrogen fuel has to do with the type of H2 that is used. While green H2 is produced using renewable energy and does not generate carbon emissions, there are many other forms that still produce greenhouse gasses in the production, transportation and storage processes.

“Whether the hydrogen buses will help reduce greenhouse gas emissions will depend on how the hydrogen is manufactured, transported, and stored. That process takes additional energy and therefor produces additional emissions,” said World Institute Electric Mobility Research & Communications Assistant Eleanor Jackson, while discussing the hydrogen double decker bus plan and usage. At the

moment, London’s source of H2 will be from an industrial gas plant in England’s northwest region. Jackson pointed out that this source is among the cleanest currently available.