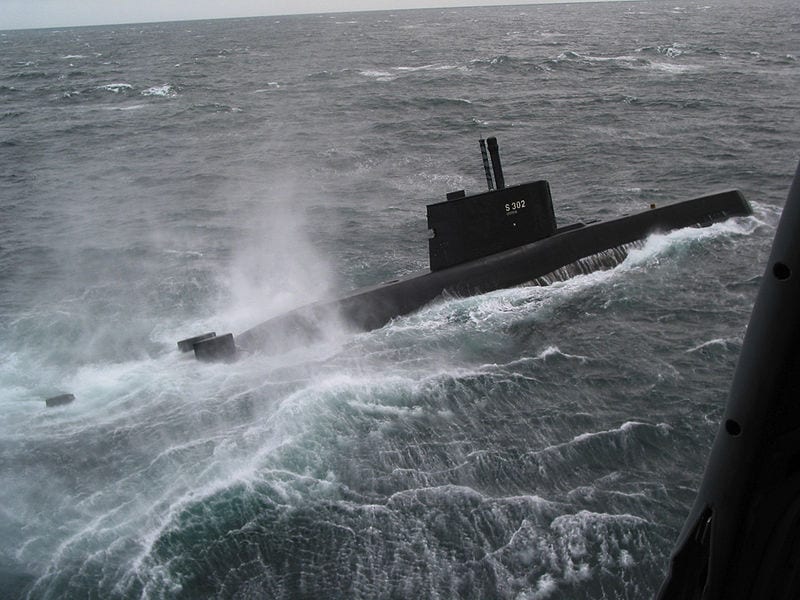 Fuel Cell Today has published a new analysis concerning the use of hydrogen fuel cells on submarines. Around the world, military organizations are facing major challenges in terms of energy and many have been feeling pressure to break away from fossil-fuels. While this can be a somewhat simple issue for some militaries, it becomes exceedingly complicated when submarines get involved. Though submarines do not operate on fossil-fuels, their current energy options are quickly become somewhat obsolete, which could be paving the way for hydrogen fuel cells.

According to the analysis from Fuel Cell Today, hydrogen fuel cells could be a promising energy source for submarines because they are relatively lightweight, durable, and can produce large amounts of electrical power. Perhaps one of the most appealing features of these energy systems is that they can produce energy without making any noise. Fuel cells have also already proven their reliability in industrial applications and the telecommunications sector, where they are primarily used as backup energy systems.

The analysis notes that both the U.S. Department of Defense and the German Bundeswehr are prominent supporters of hydrogen fuel cells and their military applications. Both organizations have a strong interest in renewable energy, with the U.S. Department of Defense considering energy as a matter of national security and Germany looking to distance itself from nuclear energy entirely. Germany already has a hydrogen-powered submarine in service, which was introduced in May of this year.

US tests fuel cells for the sake of transportation

Italy, Russia, and Israel also have shown interest in hydrogen fuel cells in the past for military applications. If this interest continues to grow, fuel cells may soon become a staple among global militaries. In the U.S. the Department of Defense has tasked the country’s military with researching the capabilities and benefits that could be had through using hydrogen fuel in transportation. Outside of the U.S., military interest in fuel cells remains largely within the naval realm.