Hydrogen fuel vehicles could be free in Japan

As the auto industry prepares to launch a new generation of clean transportation vehicles, drivers in Japan may be able to get the vehicles powered by fuel cells for free. Japan is one of the world’s leading transportation markets and the country has taken a strong interested in hydrogen fuel. The Japanese government is investing in the development of a working hydrogen infrastructure that will be capable of supporting fuel cell vehicles that are launched in the near future and has plans to subsidize their purchase among consumers.

Subsidies will cut down on the cost of clean vehicles

The Japanese government recently announced plans to offer a $20,000 subsidy to those that purchase fuel cell vehicles. Many of these vehicles are likely to cost $70,000 or more, which makes them somewhat expensive when compared to their more conventional counterparts. This is because fuel cells make use of costly materials that affect their overall price. Toyota, one of the automakers that has become an aggressive supported of hydrogen fuel cells, will also be offering a $10,000 to those that purchase its upcoming fuel cell vehicle. 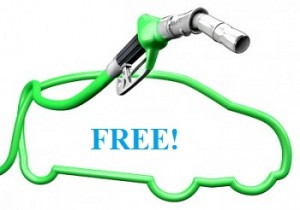 Some people might be able to get one of these vehicles free of charge, however, if they opt into a national driving study. The study is meant to gauge the capabilities of hydrogen-powered vehicles and determine whether or not they are a viable investment for the clean transportation space. These vehicles are often criticized as being too expensive and too inefficient to replace conventional vehicles and determining whether or not this is true is becoming an important matter.

Hydrogen expected to play a larger role in Japan’s future

Japan is home to a very active hydrogen market. The country has been supporting hydrogen as a form of energy for some time, even introducing fuel cells to its residential sector. In the coming years, fuel cells are likely to play a more prominent role in Japan’s overarching energy plan as the country continues to move away from fossil-fuels and nuclear energy.