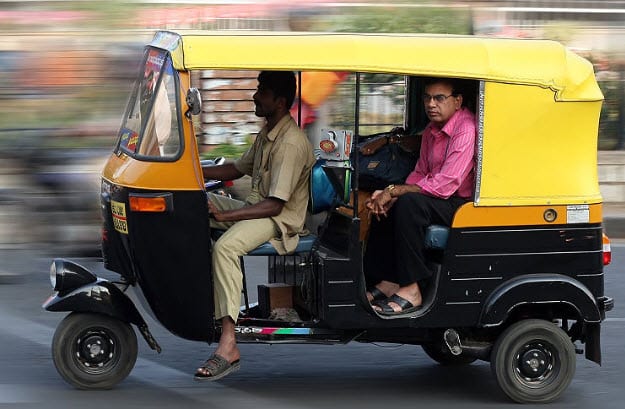 Throughout India, autorickshaws transport people and goods from location to location. In the city of Delhi, tens of thousands of these autorickshaws operate at all hours of the day. They represent an important piece in the complex public transportation network of the city. Like buses and cars, the autorickshaws use conventional fuel to power themselves. As such, they contribute to the pollution problem of Delhi and the carbon emissions of India as a whole. In January, new kinds of autorickshaws began appearing on the roads of Delhi, powered by hydrogen fuel cells. These hydrogen powered autorickshaws could help make Delhi’s air cleaner.

Project aims to address emissions at its most fundamental level

These vehicles are the culmination of a three-year, $1 million project, which was composed of several international parties, including a UN development agency. The project aims to address the growing need for India to address the issue of emissions. The country is currently undergoing something of an industrial revolution, powered almost entirely by fossil-fuels. As such, India is responsible for a significant portion of the carbon emissions that are being released into the world. While solving the problems of the entire country’s emissions may be a gargantuan undertaking, starting at the very foundation of the issue may be an appropriate strategy. Thus, the project set its sights on transportation.

The hydrogen powered autorickshaws are meant to address the issue of carbon emissions on the most basic level. Transportation is of vital importance in Delhi and many people rely heavily on the public transit system. By introducing hydrogen fuel cells into this network, emissions could be significantly reduced. The economic benefits may also be an alluring factor, as hydrogen fuel is generally less expensive to produce than petroleum and can be generated on-site rather than shipped in from a foreign source.