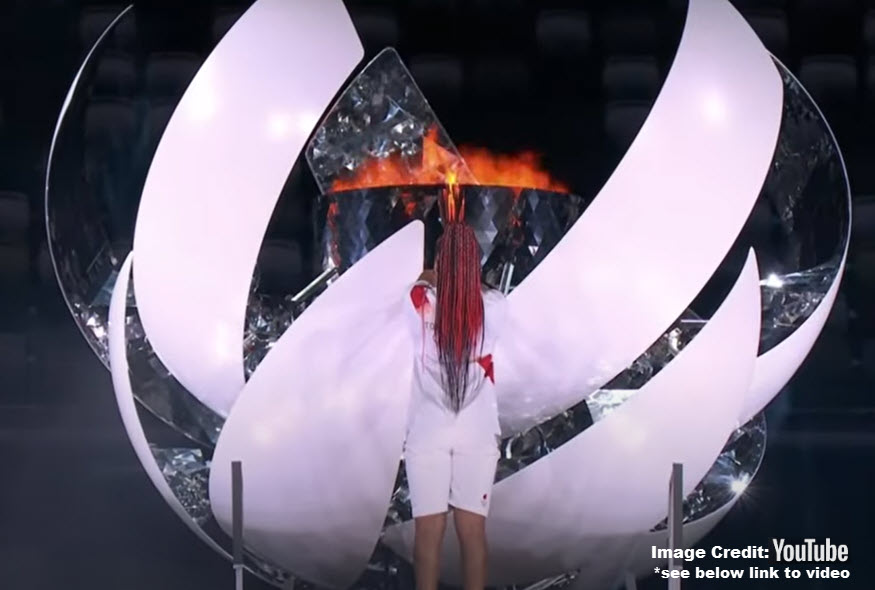 The zero-emission fuel is a nod to H2, which Japan is placing at the center of its decarbonization.

One of the Tokyo 2020 Olympics’ main sponsors is Toyota, which is placing considerable focus on H2, making the hydrogen powered Olympic flame all the more appropriate in the games’ cauldron.

As Japan moves toward a hydrogen economy, its Olympics experience is showing H2 to the world.

Beyond the hydrogen powered Olympic flame burning in the cauldron at the capital city’s National Stadium, athletes and officials are also using transportation in zero-emission and low-carbon vehicles. As they travel to the various venues from the Olympic Village, they are being transported by hybrid, plug-in hybrid, and H2-powered fuel cell vehicles supplied by Toyota.

This represents the first time in history that h2 has been used to keep the fire burning. Simply driving throughout Tokyo doesn’t take long before Prius cars and Alphard and Noah gasoline-hybrid minivans will sail by. Even Mirai fuel cell sedans aren’t hard to spot. Each of the vehicles are clearly a part of the games, as they all feature Olympic logos and will often have athletes sitting inside.

The country viewed the hydrogen powered Olympic flame as an opportunity to spotlight H2.

Previous games have kept their fires burning using propane, as well as various types of magnesium, resin, and olive oil have been used in modern flames, since the 1928 games in Amsterdam. That said, this year’s choice to use H2 was a direct reflection of Japan’s – and much of the world’s – focus on decarbonization.

The hydrogen fuel used for keeping the cauldron lit was produced in a factory in the Fukushima prefecture. This was the region of the country that experienced the greatest devastation in 2011, when a tremendous earthquake caused a tsunami and a nuclear meltdown. Japan has been making substantial moves toward a hydrogen economy, though without the intention of producing much of the H2 they will require. Other countries such as Australia are seeing this as a substantial opportunity to become world energy leaders.

As is the case with the hydrogen powered Olympic flame in the cauldron, some of the torches carried by athletes along the relay were also carrying H2-powered flames, though propane was also introduced into the mix to keep the fire burning.