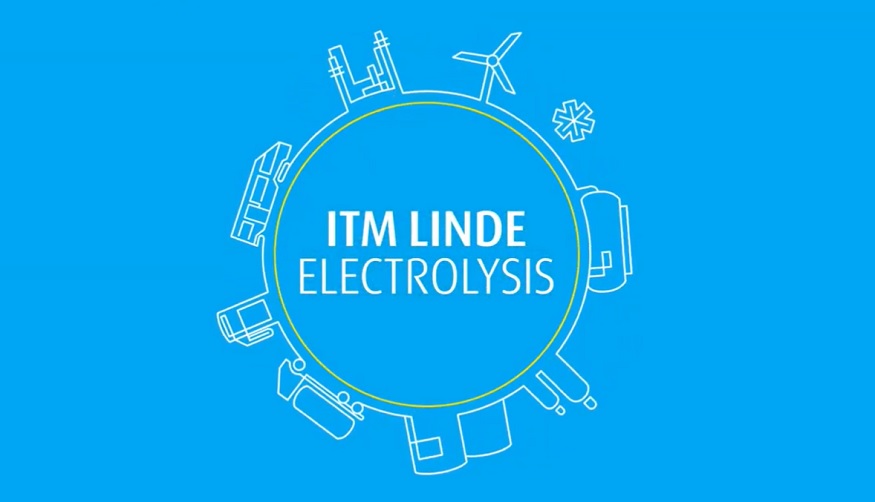 The new equipment will be installed in Germany at the Leuna Chemical Complex.

ITM Power recently announced that Linde had purchased a 24MW electrolyzer, which will be the core of its green hydrogen plant at the Leuna Chemical Complex in Germany.

This is a component of Linde’s goal to build, own and operate the largest Proton Exchange Membrane.

Linde purchased the ITM Power electrolyzer as a step toward achieving the construction, ownership, and operation of the largest Proton Exchange Membrane (PEM) in the world. The new electrolyzer will be used for the production of green hydrogen, which is H2 produced without greenhouse gas emissions.

This green hydrogen will supply Linde’s industrial customers who will receive it through the existing pipeline network. The H2 will also be liquified for distribution to the region’s hydrogen refueling stations. The total capacity for the new plant is expected to support as much as 40 million kilometers of fuel cell powered buses. This will equate to the removal of as much as 40,000 tons of carbon dioxide vehicle emissions every year or as much as 600,000 tons across the 15-year lifespan of the equipment.

The electrolyzer’s construction is the result of a Linde and ITM Power joint venture.

ITM Linde Electrolysis GmbH – the name of the joint venture – will build the electrolyzer using high-efficiency PEM technology. The plant is slated to begin operation during the last half of 2022.

“Clean hydrogen is a cornerstone of the German and EU strategies to address the challenge of climate change. It is part of the solution to help reduce carbon dioxide emissions across many industries, including chemicals and refining,” said Linde’s president of the Europe West region, Jens Waldeck. “This project, shows that electrolyzer capacity continues to scale up and is a stepping stone towards even larger plants.”

The new ITM Power electrolyzer is Linde’s latest step in green hydrogen production. The company is already a global leader in H2 production, processing, storage and distribution. It also has the largest

liquid hydrogen capacity and distribution system on the planet. The company’s existing pipelines ensure reliable supply to customers across a 1,000-kilometer network.