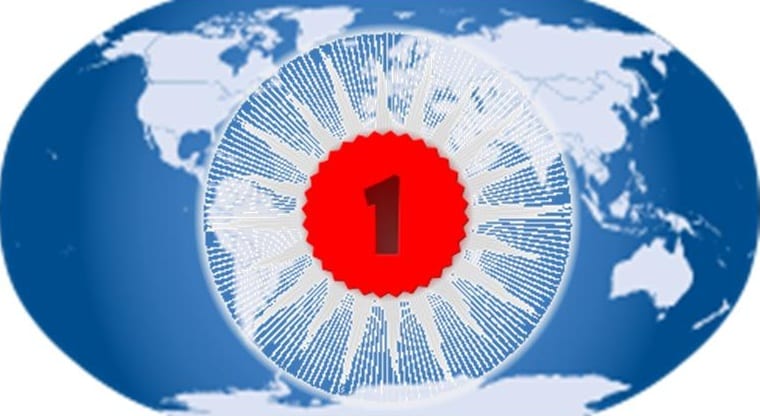 Natural gas is quickly become a viable replacement for conventional fossil-fuels like oil and coal. While natural gas still produces carbon dioxide when it is burned to produce energy, the levels of carbon emissions it produces are significantly lower than those coming from coal and oil, making it a relatively cleaner alternative. Methane is the most common form of natural gas, and is quickly becoming a very attractive substance in the world of renewable energy. In Japan, scientists and engineers have tapped into a massive natural gas reserve deep in the ocean and have made a major breakthrough that could have major implications for the world of renewable energy.

Methane clathrate, which is a frozen mixture of methane and water that is often referred to as “fire ice,” is found deep within the ocean, so deep that its extraction is often though impossible due to today’s technological constraints. The Japan Oil, Gas, and Metals National Corporation, however, believes otherwise and has, for the first time in world history, successfully extracted methane clathrate and used the methane caged in the frozen mixture as a fuel. According to researchers working on the experiment, approximately 1.1 trillion tons of methane gas can be found in offshore methane clathrate deposits.

Renewable energy could get a boost in Japan thanks to methane

Methane clathrate could have major implications for Japan’s future with renewable energy. The methane extracted from the frozen mixture can be used as an energy source in fuel cells and other energy systems. Because the vast majority of Japan’s energy is imported from other countries, methane clathrate could also have promising economic prospects for the country, though finding an affordable and efficient way to extract the substance would have to be found. Though methane does produce carbon dioxide when it is used to generate power, Japanese officials have high hopes that the gas can be used as a form of renewable energy.

Methane does have renewable energy prospects, especially if it can be extracted from deep within the ocean. The gas, however, does represent a very worrisome environmental threat. Methane gas is significantly more potent than carbon dioxide as a greenhouse gas. If released into the atmosphere in large amounts, scientists believe that it could cause almost immediate climate change, triggering a disaster that the world is not prepared to adapt to. One of the reasons Japan has targeted methane clathrate is because this threat is very real. Deposits of methane clathrate are stored in unstable geological regions, where earthquakes and other activities are common. Such geologic disruption could trigger the release of methane gas, causing it to pour into the atmosphere unabated.