Mercedes-Benz provides insight to the future of clean transportation

German automaker Mercedes-Benz has begun showing off its new concept car, the Vision G-Code. Concept cars are often incredible, as engineers have free reign over what they can make. While most concepts do not make it to the production stage, these vehicles can shed some light on the future of transportation. Mercedes-Benz’ new vehicle is equipped with new technology that could help make transportation more environmentally friendly, harnessing both solar and wind power.

High-tech paint job allows vehicle to generate its own fuel 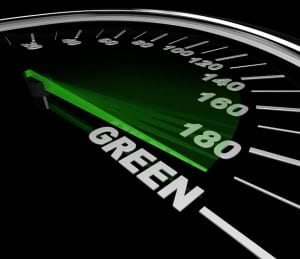 Mercedes-Benz has used pain-on solar technology for the vehicle, allowing it to generate electrical power from sunlight. The paint is also incorporates electrostatic wind technology, allowing energy to produced by the movement of wind over the vehicle’s body. The automaker notes that the high-tech paint removes the need for vehicles to be charged in a conventional sense, as the Vision G-Code can produce its own hydrogen and electrical power.

There have been no tests concerning the vehicle’s actual fuel efficiency yet. The vehicle exists, primarily, as a showcase of new technology and how transportation can be made more environmentally friendly. By combining various forms of clean technology, Mercedes-Benz has been able to show that clean transportation is actually possible. Commercializing such a vehicle may not be possible for several years, however, as there are still many logistical challenges that must be overcome  and there is relatively little market demand for vehicles that can produce their own fuel.