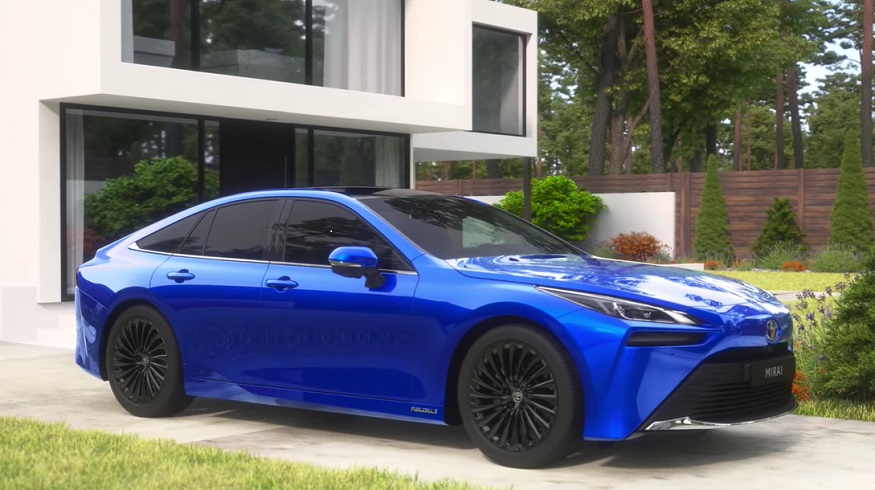 The first of the latest generation of the vehicle has debuted in Lancaster through a partnership.

The first of the latest model of Toyota Mirai hydrogen fuel car was released onto Lancaster, California roads as a result of a partnership with the City of Lancaster.

As a result of this partnership, Lex Heslin became the first person there to drive the fuel cell electric vehicle (FCEV).

Only a fortunate handful of motorists were able to get behind the wheel of the Toyota Mirai hydrogen fuel car. Heslin was the first and is a senior project developer at the Swiss/Japanese energy company Hitachi Zosen Inova. At the moment, Heslin is working with the City of Lancaster in its efforts to become the first Hydrogen City, while broadening its FCEV market.

Lancaster, California has long worked to be a green energy pioneer. This has been particularly true across the last ten years.

“Our current energy alternatives are not enough to reach our goals. We see hydrogen as a viable solution that will reduce carbon emissions not only for our residents but everyone — improving the air we breathe, providing secure and reliable energy, and creating skilled jobs within the industry,” said its mayor, R. Rex Parris

The new Toyota Mirai hydrogen fuel car has a range of more than 300 miles.

This latest model of the FCEV has a 30 percent longer range than the previous generation. The fuel system also received a redesign between the last generation and this one, providing greater power delivery to the 20-inch alloy wheels.

“The Mirai is proof that hydrogen works,” said Heslin in a PR Newswire release. “It has a much longer range than any of the current electric vehicles (EVs), and takes only minutes to fill up compared to charging batteries, which can take hours. California currently has 45 hydrogen (H2) filling stations. That number will increase to 100 in 2023, with plans to top 1,000 stations by 2030.”

Coverage for the vehicles aren’t expected to be much different from electric auto insurance rates. For instance, Allstate Insurance in Santa Clarita, California with a $500 deductible and the same coverage for the 2021 Toyota Mirai or the 2021 Prius XLE shows comparable premiums. For six months of coverage, the Mirai hydrogen fuel car would be $763 to insure, while the Prius would be $614 for 6 months.