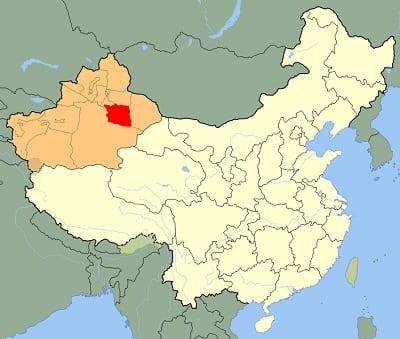 Trina Solar, one of the largest solar panel manufacturers in China, has announced its involvement in a new project that is taking place in a Chinese desert located in the Turpan Prefecture. The desert is notorious for its harsh and unforgiving landscape, but Trina Solar believes that it is an ideal location for a new solar energy plant. The new energy facility is expected to begin construction within the next four years.

New power plant to have a maximum capacity of 1,000MW

The project is quite ambitious. Trina Solar expects the new solar energy plant to boast of a maximum capacity of 1,000 megawatts. The first 300 megawatts of this capacity is scheduled to go active by the end of this year, feeding into the Chinese energy infrastructure. The project must still receive approval from government agencies, but Trina Solar believes that this approval will be issued within the next month.

China has established itself as a leader in the solar field, but mostly where the manufacture of photovoltaic products is concerned. The country’s use of renewable energy has been somewhat limited over the past several years. Recent issues with emissions have, however, encouraged the government to take renewable energy more seriously. Solar has become a strong focus for large cities that are looking to cut down on smog but it is only one form of clean power that the country is focusing more intently on.

Power plant to supply energy to a small area

China’s largest cities, and those most suffering from air pollution, are located in the eastern parts of the country. The Turpan Prefecture is nestled in the Xingjiang Province, which is located in the far west. The Turpan Prefecture boasts of a population of just over 570,000 and the solar energy plant that will take root there will only supply electrical power to Turpan itself and the immediate surrounding area.