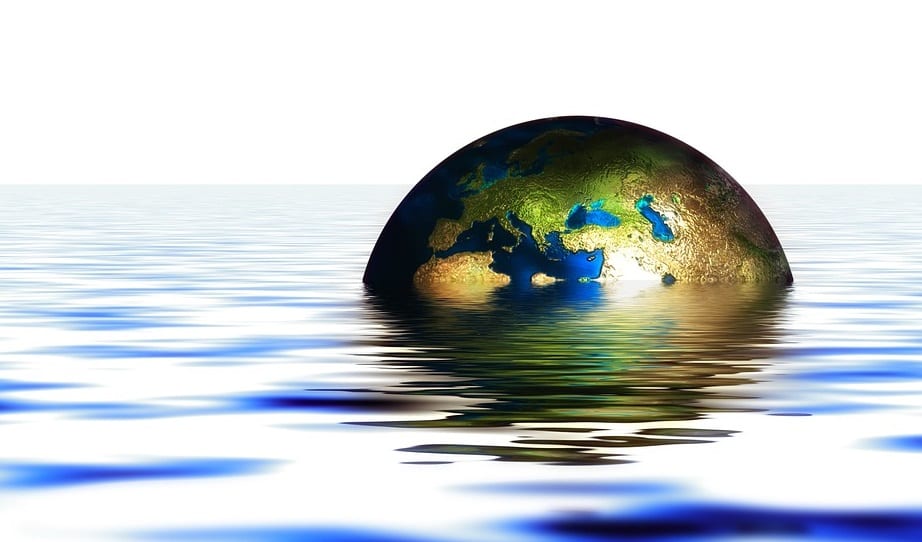 The climate change crisis may be worse than current climate models have forecasted.

New global warming research that was conducted by numerous researchers from 17 countries around the world, has revealed that the current climate predictions may underestimate long-term warming by as much as a factor of two. This could mean the goals of the Paris Climate Agreement may not be enough to prevent catastrophe.

Green desserts and disintegrating polar ice caps could be the Earth’s potential future.

The study, “Palaeoclimate Constraints on the Impact of 2 °C Anthropogenic Warming and Beyond,” which was recently published in peer-reviewed British journal, Nature Geoscience, found that at the current rate of global warming, the significant impacts climate change might have on the Earth could be profound and unstoppable for thousands of years.

“Even with just 2 degrees of warming – and potentially just 1.5 degrees – significant impacts on the Earth system are profound,” said Alan Mix, a study co-author and scientist from Oregon State University, reported USA Today.

“We can expect that sea-level rise could become unstoppable for millennia, impacting much of the world’s population, infrastructure and economic activity,” Mix added.

The research revealed that without serious reduction in greenhouse gas emissions, the resulting significant changes to ecosystems in the future could result in a green Sahara desert, the edges of tropical forests turning into fire-dominated savanna, and large areas of the polar ice caps collapsing.

The researchers compared natural global warming periods over the past 3.5 million years to present-day human-made warming.

Scientists can reportedly predict what Earth’s climate change future will look like based on its past. The researchers who took part in the study combined a wide range of measurements using many established paleoclimate methods. Among these included measurements from ice cores, fossil records, sediment layers, dating using atomic isotopes, and others. Through these methods, they managed to figure out the impact of those climate changes.

Unlike natural global warming, the direct impact humans have on climate change is through the use of burning fossil fuels (e.g. oils, gas, coal, etc.). The emissions that result from the use of these fuels releases carbon dioxide (CO2), methane and other heat-trapping greenhouse gasses into the atmosphere.

The study’s lead author, Hubertus Fischer of the University of Bern in Switzerland, said of the findings that without significant reduction in CO2 emissions, there is very little room for error to meet the Paris Climate Agreement targets.

“Climate models appear to be trustworthy for small changes, such as for low-emission scenarios over short periods, say over the next few decades out to 2100. But as the change gets larger or more persistent … it appears they underestimate climate change,” said study co-author Katrin Meissner of the University of New South Wales in Australia, as quoted by USA Today.

That being said, Meissner added that although the global warming changes seen today occur at a

much faster rate than anything previously encountered in Earth’s history, the researchers cannot comment on how far in the future these changes will occur.

“In terms of rate of change, we are in uncharted waters,” Meissner said.