The U.S. president has turned down the proposal to build a massive oil pipeline through America.

President Barack Obama announced this past Friday that he is rejecting the application to extend the Keystone XL pipeline, citing climate change as his primary reason to end the project. The project would have resulted in the construction of a 1,179 mile long oil pipeline throughout the U.S., which would have carried 800,000 barrels of carbon-heavy petroleum from Canada’s oil sands to the Gulf Coast.

Obama claims that the pipeline wouldn’t have made a meaningful contribution to the American economy over the long term.

According to Republicans and the oil industry supporting the construction of the pipeline, and who demanded Obama’s approval, the project would create jobs in America and stimulate the country’s economic growth.

However, Obama claims that the number of jobs the pipeline would have created was exaggerated and in his statement at the White House said that “The pipeline would not make a meaningful longterm contribution to our economy.” 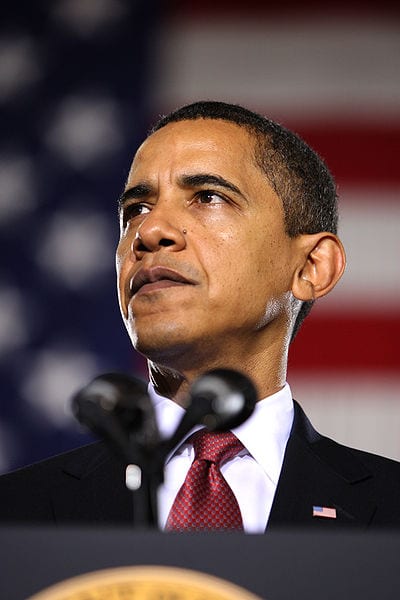 A state department analysis determined that the project would have created 42,000 short term jobs over the two year construction period and estimated that the number of permanent jobs would have only been 35.

That said, TransCanada chief executive Russ Girling, said that the rejection would be bad for jobs and the Canadian economy. Griling said that TransCanada, the Canadian company behind the pipeline project, was disappointed with the president’s decision, saying that “rhetoric won out over reason.”

America is determined to be a global leader in the fight against climate change.

The New York Times reported that during his announcement of the rejection at the White House, President Obama stated that “America is now a global leader when it comes to taking serious action to fight climate change.” He added, “And, frankly, approving this project would have undercut that global leadership.”

The Keystone XL pipeline has been a controversial political battle for the past seven years. However, now that it has been rejected, while Republican and oil industry proponents are disappointed, opponents feel that they have won a victory.

Environmentalists say that in addition to negatively impacting wildlife and the environment, the pipeline would have left a large carbon footprint because the process required to extract the oil would produce 17% more global warming greenhouse gases than traditional oil extraction processes.

President Obama’s announcement was made ahead of the major UN summit meeting on climate change, which will take place in Paris this December.