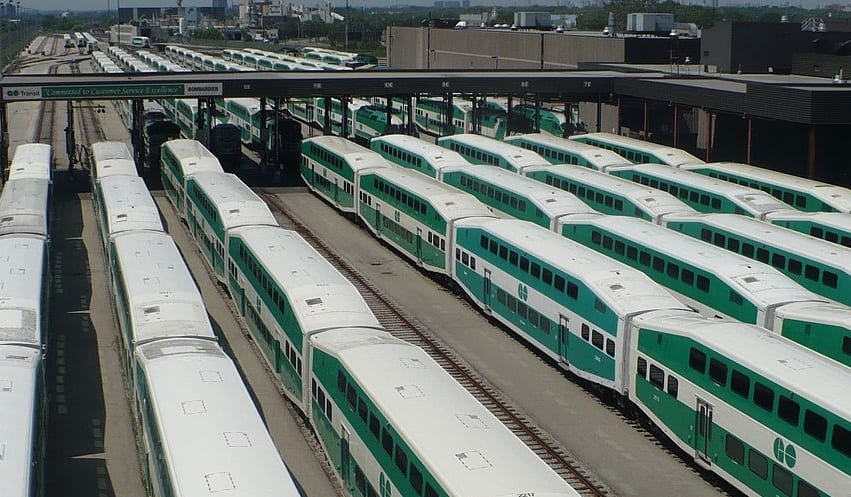 The government of Ontario, Canada, is looking to electrify its GO Transit railway network in order to promote clean transportation. The government is set to launch a feasibility study concerning hydrogen fuel cells and how they can be used to power electric trains. Fuel cells have become quite popular in the transportation space, particularly where public transit is concerned. These energy systems produce no harmful emissions and consume hydrogen in order to generate electrical power.

Fuel cells are gaining support due to their efficiency

Hydrogen fuel cells are being considered as an alternative to traditional diesel systems due to their efficiency and environmentally friendly nature. Ontario officials believe that electrifying the province’s trains will allow for more reliable railway service that does not produce harmful emissions. The province may be able to meet its environmental goals as it embraces clean transportation. If the government finds that hydrogen fuel cells are a viable option, these energy systems may be used to power trains beginning in 2024.

By 2024, the Ontario government intends to have the core segments of the GO Transit railway network electrified. The government has some $13.5 billion dedicated to this purpose. Adopting hydrogen fuel cells may be a complicated endeavor, however. Currently, much of Ontario lacks a comprehensive hydrogen infrastructure, which is needed in order for fuel cell trains to become successful. Moreover, fuel cells are notoriously expensive due to their use of costly materials, such as platinum. Several organizations are working to make hydrogen fuel cells more affordable and efficient, however, in order to overcome this particular issue.

Hydrogen fuel cells have established a significant presence in the transportation space. Beyond public transit, most of the world’s leading automakers are developing new vehicles equipped with these energy systems. These companies are also working to help develop an expansive hydrogen infrastructure in order to secure the success of these vehicles.