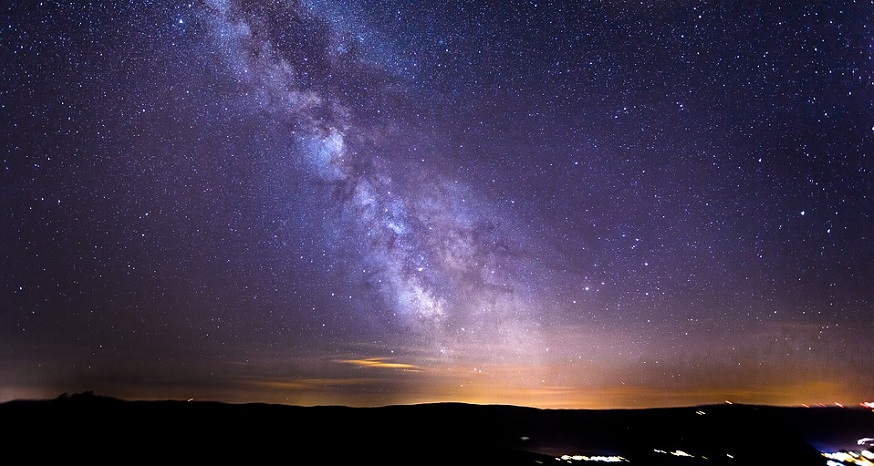 Researchers may have found a way to generate nighttime renewable energy via an innovative method.

Using the principals behind radiative sky cooling, UCLA researchers have discovered an innovative way to generate renewable energy at night.

The natural phenomenon can be converted into electricity.

Radiative sky cooling is a phenomenon that occurs naturally on Earth. It takes place when a surface that faces the sky releases its heat into the air as thermal radiation. For instance, heat waves rise off a sidewalk and dissipate into the air. Some of this heat eventually rises to the upper atmosphere and then into the cold of space.

This effect naturally occurs all the time, particularly on clear nights, according to Aaswath Raman, who led the study and is an assistant professor of materials science and engineering at the UCLA Samueli School of Engineering.

“The result is that the object ejecting the heat, whether it’s a car, the ground or a building, will be slightly cooler than the ambient temperature,” Raman said, reports SciTechDaily.

The new technology developed by the researchers makes use of this difference in temperature by capturing some of the heat from the surrounding air, that would otherwise escape into the sky, and converts it into electricity.

The radiative sky cooling approach could be adapted into low-cost tech that could benefit over a billion people.

The researcher’s findings, which were recently published in the journal Joule, say that the concept they’ve developed could be used as a standalone technology or it could be used to work together with solar energy to generate electricity throughout the day and night.

The device that the researchers developed to demonstrate the technology is inexpensive. The parts that were used in the experiment were reportedly purchased from hardware and electronic supply stores for less than $30.

Their device was setup on top of a building roof and included an aluminum disk that was painted black on one side and faced the sky. The disk was used to radiate the heat that was being given off by the surrounding air. This head was then converted into electricity by a thermoelectric generator, which is a device that generates electric voltage in response to a different temperature.

In their experiment, the device produced enough electricity (25 milliwatts per square meter) to power one LED light bulb. Even though the device presently produces far less energy than a solar cell of the same size, Raman said that the technology could be utilized to generate power at night, particularly in locations that are off the electric grid or for users who do not have easy access to batteries.

The technology can be improved with better components allowing it to generate 20 times more electricity than the device demonstrated by the researchers, according to Raman, who noted that this would be especially the case in climates that are hot and dry, where radiative cooling effects are the strongest.

What’s more, the radiative sky cooling technology can be adapted into a low-cost technology that could benefit over a billon people worldwide who do not have reliable access to electricity.