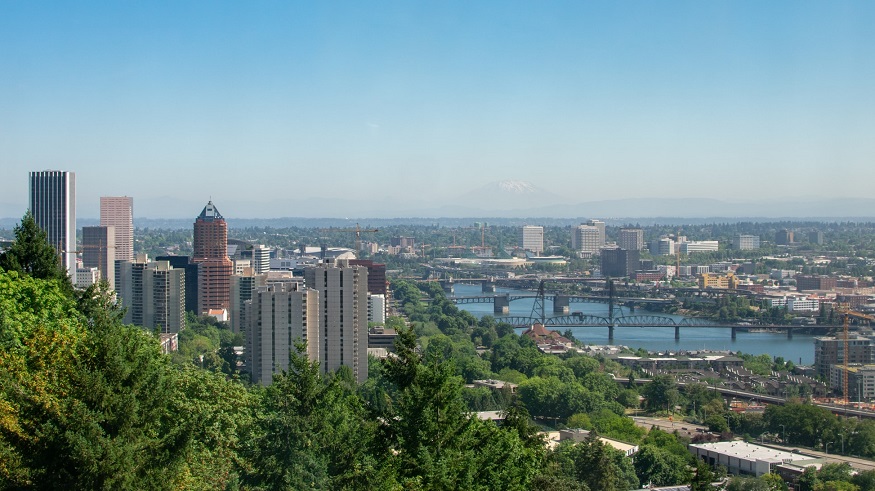 Oregon Governor Kate Brown has signed a renewable hydrogen bill and an FCEV bill into law. The bills were both supported by the Renewable Hydrogen Alliance (RHA).

The bills are meant to encourage further understanding and adoption of zero-emissions transportation.

Senate Bill 333 is the renewable hydrogen bill. It directs the State Department of Energy to research the advantages and challenges associated with H2 production and use in the state. The report on this study is due no later than September 15, 2022.

The information obtained during the research phase required by this bill will be useful for the development of a viable Oregon H2 sector through a beneficial investment, policy environment, and project development. The hydrogen sector is seen as a central component of the climate change strategy in the state. The goal is for a timely transition to energy sources that do not rely on fossil fuels.

House Bill 2165 extends and reforms the Oregon Clean Vehicle Rebate program. That program provides motorists in the state with a cash rebate on leases or purchases of zero-emission vehicles (ZEVs). ZEVs with an MSRP of $50,000 or lower are eligible to receive a cash rate of up to $2,500. If income requirements are met, they will receive an additional $5,000 on top of that.

The changes made through the renewable hydrogen bill and FCEV bill bring rebates within reach.

Since the average price of fuel cell electric vehicles (FCEVs) is around $50,000 to $60,000, they haven’t typically qualified for the rebates. That said, the updates in HB 2165 have changed the MSRP limit for FCEVs to $60,000. In this way, it means that drivers in Oregon are now much more likely to be able to benefit from the rebates if they lease or purchase an FCEV.

There is one month left of the Oregon legislative session. The RHA intends to use that time to its

fullest in supporting more renewable hydrogen bills that will further develop that H2 sector, including in transportation and other categories and applications.